A 3D map of our galaxy’s space dust was created by scientists in the Department of Energy’s Lawrence Berkeley National Laboratory (Berkeley Lab). One of the goals of this 3D space map is to carefully plot each individual dust that exists in our galaxy in order to clear up the deep space view and measure the accelerating expansion rate of the universe.

What is space dust?

Cosmic dust is typically debris of stars that have died billions of years ago. Collectively, these stardust form into clouds that either become planets or new stars. When they fail to do so, they pose as obstructions to the astronomers' view of celestial objects such as other planets and stars. It also becomes difficult for astrophysicists to see deep into space to be able to learn more about the history, evolution, and formation of our universe. The Earth, for example, is a gigantic lump of space dust which begs the question of what am I? Well, we too are space dust but we can consider ourselves as an extra special piece of dust with our complex and well-structured chemical composition.

Planetary dust that exists within the Earth’s atmosphere produces those iconic shades orange and red during sunrises and sunsets. A similar phenomenon happens in outer space when dust cause other celestial objects and galaxies glow red in the sky which results into hiding them and distorting their distance. 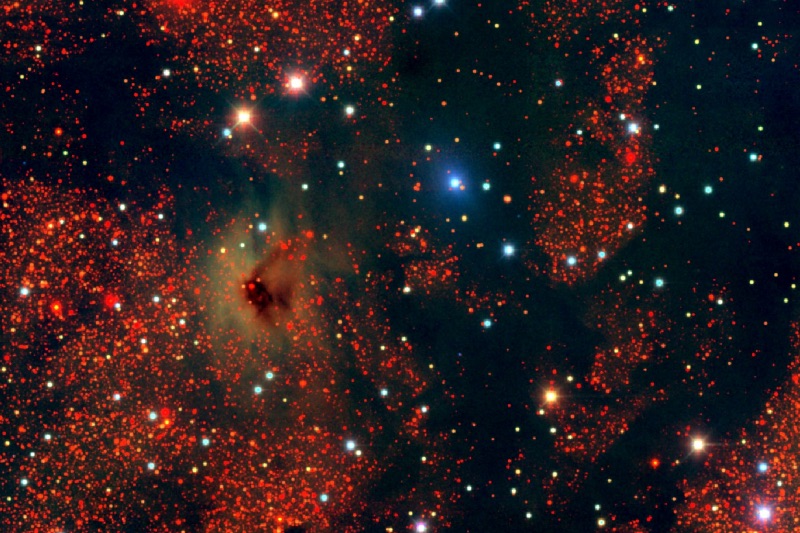 This 3D dust map stretch out as far as thousands of light-years in our Milky Way galaxy. One of the main goals of this space dust map is to aid the Dark Energy Spectroscopic Instrument (DESI) project led by the Berkley Lab to measure the rate of the universe’s accelerating expansion when it kicks-off in 2019. Project DESI aims to map out more than 30 million distant galaxies but if a dust is neglected, it will cause warping on the map.

The project is led by Edward F. Schlafly and has used data from Pan-STARRs sky survey in Hawaii and from a different survey known as APOGEE from the Apache Point in New Mexico. A technique called infrared spectroscopy was used to slice through dust which naturally hides celestial objects and give a more accurate description of a star's color. The video below provides a 3D animation of space dust that encompasses thousands of light years through and out of the Milky Way's galactic plane.


Despite the thoroughness of this 3D dust map, there is still “one-third of the galaxy that’s missing" said Schlafly. A number of anomalies were found when the 3D space dust map was created where Schlafly said "The message to me is that we don’t yet know what’s going on. I don’t think the existing (models) are correct, or they are only right at the very highest densities". Once all the cosmic dust are accounted for, astronomers and enthusiasts like me can confidently believe that one day we will be able to discover some of our universe’s mysteries.