AT Black Knight Transformer: a Flying Truck or Roadable Helicopter? 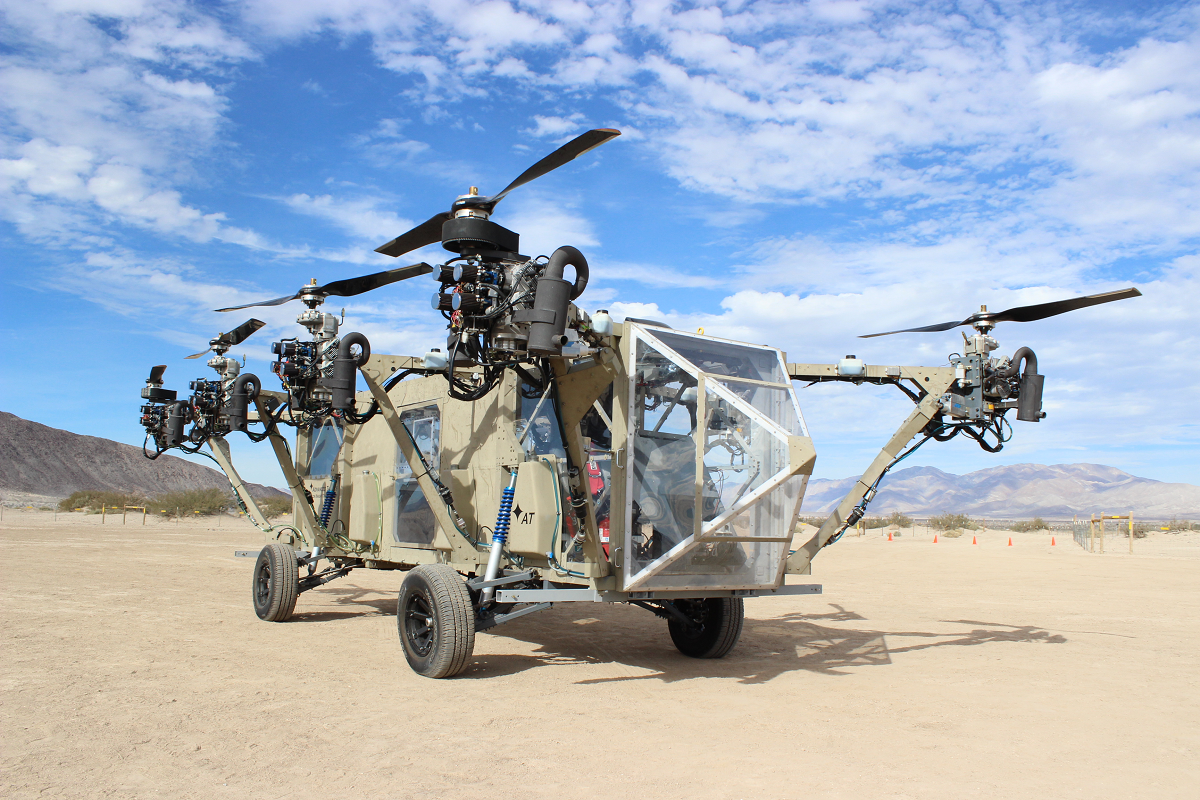 What comes to your mind for first when you hear the word "transformer"? Probably the most of us see a giant robot able to transform into a car, truck or other vehicle. Just like in the famous movie, right? Well, that's absolutely NOT what Advanced Tactics meant while developing their AT Black Knight Transformer. Essentially the vehicle is VTOL (vertical take off and landing aircraft) that transforms from some sort of a helicopter to a cargo truck. Without any shape shifting, limb growth and laser or plasma guns appearance typical for the science fiction movies. The first Black Knight Transformer is a demonstrator vehicle built in December, 2013, and will be able to take off in early 2014.

The development started in 2010 with the idea of creating a vehicle for evacuation missions and deliverance of supplies. The amount of space inside the Black Knight is comparable to an average Blackhawk helicopter and it will be capable of unmanned flight which keeps the pilot in a secure position. The vehicle is taken off vertically by 8 propellers which are stowed close to the body while driving on land in order to reach street legal dimensions. Nothing is mentioned about armament, so will most probably remain a supply and medical vehicle.

Advanced Tactics began working on similar but smaller vehicle in 2012. It is called Panther Transformer and will be used exclusively for special operations actions. The Panther will be able to carry two passengers and their equipment, and it will have simple navigation system that will be easy-to-use after short training course. Advanced Tactics explained that Panther Transformer could be carried by CV-22 Osprey and is propelled by 6 rotors.

The company described an example situation to display how their vehicles could be used. The situation is an urban combat and a soldier is injured by a bullet. It is necessary to be transported to a hospital, but the ordinary medicopters and vehicles are not suitable for that purpose. The squad then requests support and the nearby base forwards unmanned AT Black Knight Transformer to evacuate the injured soldier. Two squad members locate safe nearby courtyard for landing zone and wait for the vehicle there. After landing the Black Knight is driven manually as a regular truck along the narrow city streets (this is the reason why the vehicle should be street legal). After reching the innjured soldier he is loaded onboard and a life support system is attached to him. Next, the vehicle is driven back to the landing point where it takes off and transports the wounded soldier to the base for full medical treatment.

Both Advanced Tactics' transformers share the same AT Transformer technology which uses engines with direct drive connection to propelling rotors. The company states that the vehicles are made of modular field-replaceable components. The vehicles are navigated by differences in the thrust between opposing sets of prop-rotors. This feature keeps the design simple and eliminates the complicated articulated rotor system of a regular helicopter. And along with that, the system eliminates the necessity of a a tail rotor.
It is expected that the design of the future vehicles will feature more aerodynamic shapes and improvements of some systems.