Atomic Gardens: How Plants Were Bred With Gamma Radiation

We often think of gardening as a wholesome and natural process that results in only the freshest type of fruits and vegetables. As it turns out, much of our modern fruit and plant derivative flavors actually originated from genetic mutations caused by being exposed to gamma radiation. Flavors like peppermint and grapefruit are the most prominent plants changed from this deliberate irradiation. So, how did exposing plants to radiation become a useful tool? 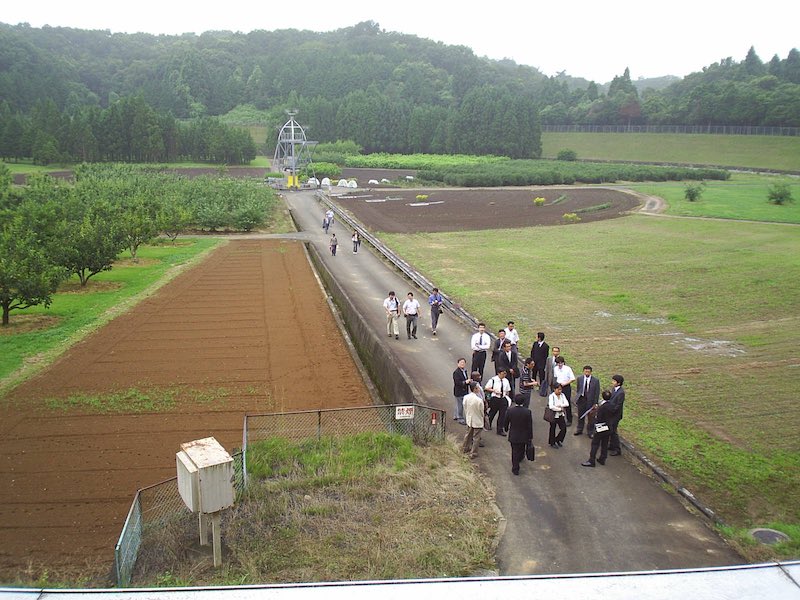 After WWII, the world was left with an abundance of knowledge and resources around atomic energy. This left the world's top minds to try and figure out beneficial uses for the radiation throughout society. One of the leading ideas was to bombard plants with radiation to purposely cause as many mutations as possible. The hope was that at least one mutation would result in a better fruit or plant from a human consumption perspective. The other main hope in these mutations was that it might also create plants that were disease resistant or cold-resistant to further help farmers grow them. 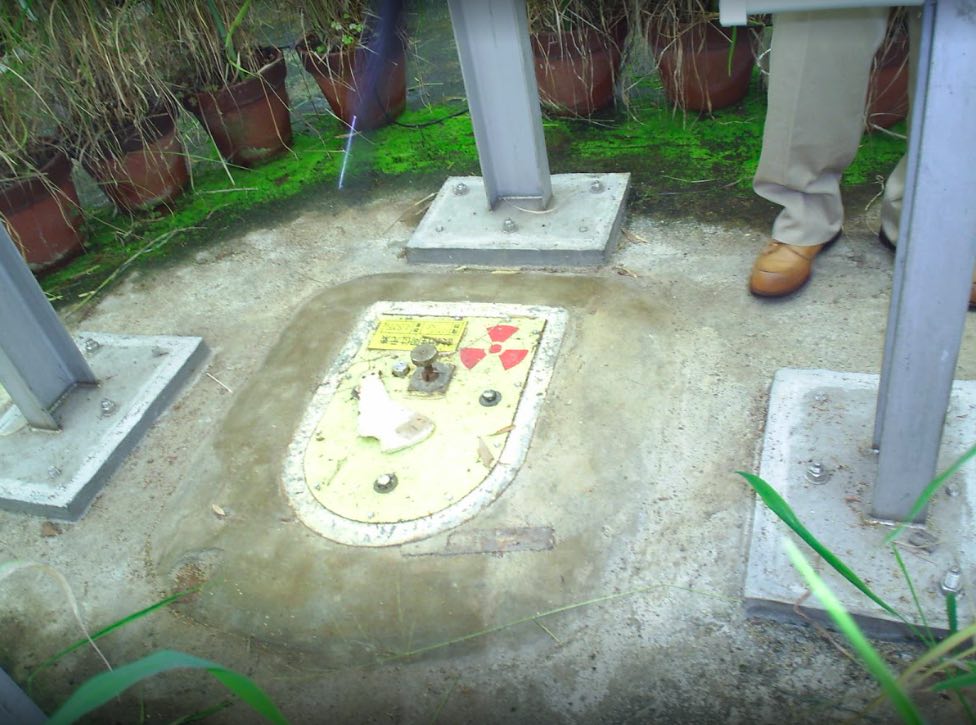 Experiments to test these hypotheses were carried out in large scale "gamma gardens" on the grounds of laboratories in the US, Europe, and the former USSR. This vast experimentation with genetic mutations of plants leads to numerous new plant varieties, some with added benefits. In the US, the most important plants produced from this new experimentation were the disease resistant peppermint plant and the "Rio Stat" grapefruit which now accounts for 75% of grapefruits grown in Texas. 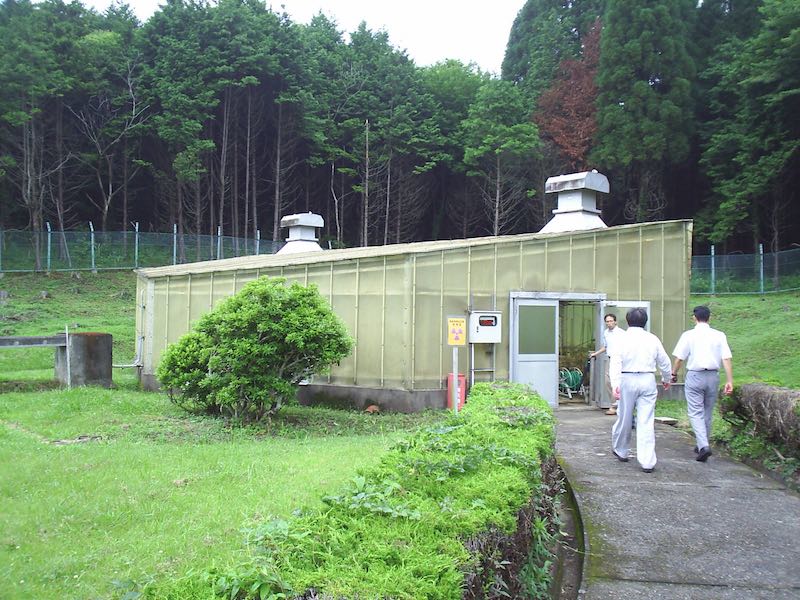 In modern genetically modified plants, radiation isn't used since we can achieve more accurate genetic mutations through current biological engineering techniques. However, there is still one garden in the world that uses gamma radiation to bring new varieties of plants to the market.

The Institute of Radiation Breeding in Japan owns the largest and only surviving gamma garden in the world. The circular garden has a diameter of 200 meters and is fully enclosed by an 8-meter wall. Radiation in the garden comes from gamma rays released from cobalt-60 as the source atom which is housed in a central chamber. The main goal of the last surviving radiation garden is to produce fungi resistant plants, fruits with more appealing colors, and ultimately produce as many useable new crop varieties as possible. In some ways, gamma gardening is almost like taking random shots at new inventions, hoping that at least one or two may result in a useable product. 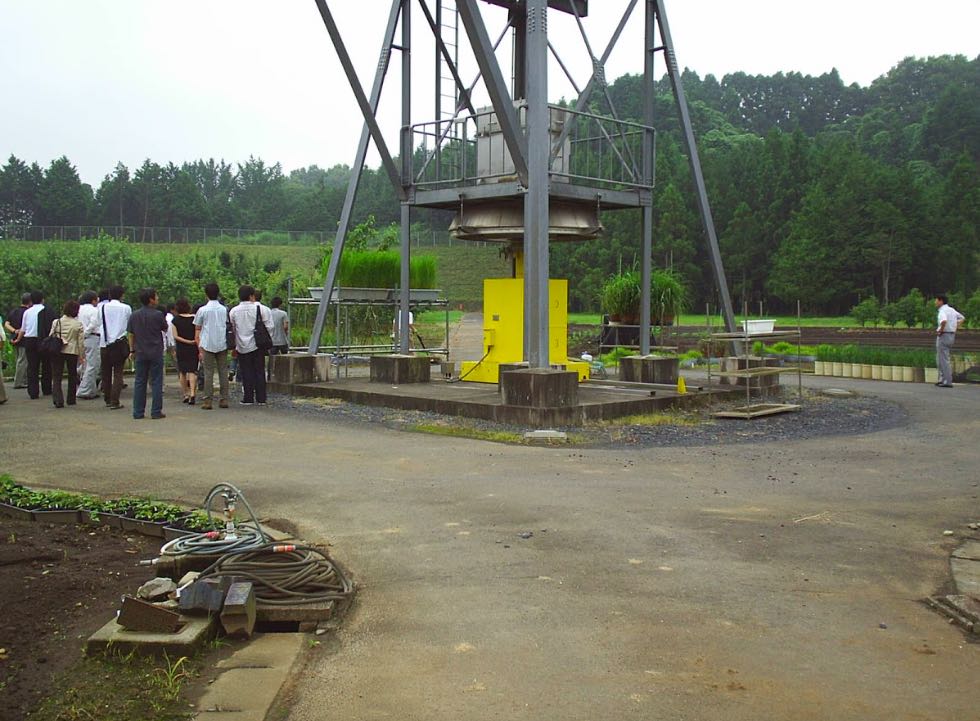 Nanotechnologist Paige Johnson summarizes the methodology behind radiation gardening best when she says, "If we think of modern GM as taking a scalpel to the genome, mutation breeding by irradiation was a hammer."

In an interview with Pruned, Page describes a little bit more about how gamma gardens were set up and how they worked.

"The circular spatial form of the gamma gardens, which in aerial view uncannily resembles the radiation danger symbol,  was simply based upon the need to arrange the plants in concentric circles around the radiation source which stood like a totem in the center of the field.  It was basically a slug of radioactive material within a pole; when workers needed to enter the field it was lowered below ground into a lead lined chamber. There were a series of fences and alarms to keep people from entering the field when the source was above ground.

The amount of radiation received by the plants naturally varied according to how close they were to the pole. So usually a single variety would be arranged as a 'wedge' leading away from the pole, so that the effects of a range of radiation levels could be evaluated. Most of the plants close to the pole simply died. A little further away, they would be so genetically altered that they were riddled with tumors and other growth abnormalities. It was generally the rows where the plants 'looked' normal, but still had genetic alterations, that were of the most interest, that were 'just right' as far as mutation breeding was concerned!

So far, I haven't been able to find much more about the wider landscape settings of the gamma gardens; they are still within the grounds of national laboratories, both in the U.S. and abroad."

The final lines of this excerpt bring up an intriguing point about modern knowledge of gamma gardens. Other than some public records and the knowledge of the last surviving gamma garden in Japan, much of the scientific data from past gamma garden research and methods are completely unknown, even to leading researchers.

While it may seem that radiation plant breeding was a harmful and largely unuseful technique of genetic modification pioneered in the 1960s, radiation breeding is known to have created thousands of useable and currently useful GMO plants like rice, pears, cotton, bananas, and peanuts, among many others.

So, it may be time to pull out your handy cobalt-60 isotope you keep in the closet and plant it in your garden. Maybe you'll end up with watermelon sized strawberries or talking cucumbers.

How to Build an Ultimate Gaming PC With Only $5000

Here’s How To Make a Levitating Tesla Coil With Magnets