Head of Audi Rupert Stadler is being held by Munich officials after a raid on his telephone calls prompted concerns the executive may attempt to hinder the company's ongoing criminal investigation.

Three years after US authorities revealed an emissions cheating scandal by Volkswagen (VW), Audi’s parent company, Germany arrested chief executive of Audi Rupert Stadler on Monday. The arrest came after a raid on the executive's home last week led to concerns that Stadler may attempt to impede the criminal investigation by suppressing evidence, prompting authorities to tap his phones.

The VW scandal began in September of 2015 when regulators discovered the company and its subsidiary Audi had been using illegal software on their vehicles to cheat emissions tests. Since then, a number of indictments were made by US authorities.

Stadler's arrest is now being overseen by Munich prosecutors who said the CEO would be questioned by Wednesday after speaking to his lawyers. Local paper Sueddeuschte Zeitung reported law enforcement had tapped Stadler's telephone calls acquiring "concrete" evidence of suspected illegal activities.

The paper also said Volkswagen's supervisory board had nominated an Audi interim chief executive. However, VW denied the news.

“The supervisory boards of VW and Audi have not yet reached a decision and continue to assess the situation,” a spokesman for the company said. Munich officials have said Stadler is under investigation for suspected fraud and false advertising.

So far, Audi and VW have both confirmed the arrest but stated that "the presumption of innocence continues to apply" to the executive. Meanwhile, a spokesman for Porsche SE, controlling parent company to both VW and Audi, said the arrest would be further discussed at a supervisory board meeting on Monday.

Stadler finally forced to step down?

However, the Financial Times reported that Stadler may finally be forced to step down. Quoting "two people close to the company," the newspaper said his fate would be determined at the board meeting but that an interim chief executive would be a necessity due to Audi's August Brussels event for the e-Tron battery-powered SUV launch. 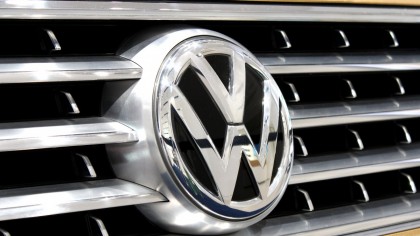 Stadler has thus far continued to receive the backing of his board and that of controlling parent companies Porsche-Piëch, much to the dismay of minority shareholders and analysts. This has resulted in an open question regarding the executive's support despite the many calls for his removal.

To date, VW has admitted to installing the illegal emissions-cheating software in 11 million diesel cars worldwide and paid out more than €25 billion in fines and compensation fees since the scandal broke. Meanwhile, Audi notified authorities itself when it apparently discovered "irregularities" in the emissions controls of A6 and A7 models during internal investigations.