Audi have made e diesel fuel from carbon dioxide and water

Yeah that title almost sounds too good to be true huh? But we're not joking; Audi are reporting that they have invented a carbon-neutral diesel fuel made solely from water, carbon dioxide and renewable energy sources. The clear liquid "e diesel" is currently fuelling the Federal Minister of Education and Research Prof. Dr. Johanna Wanka's Audi A8 3.0 TDI. 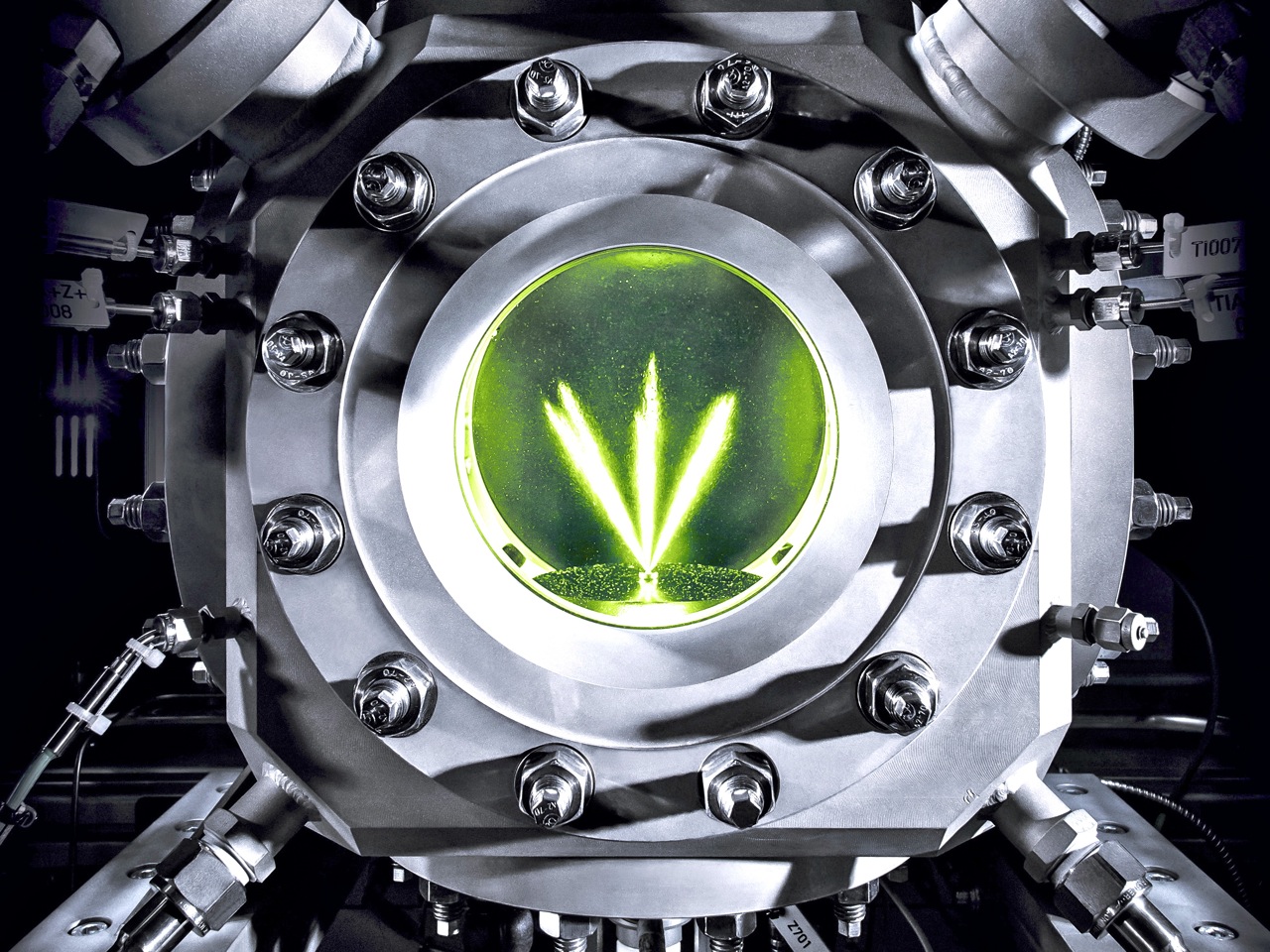 “This synthetic diesel, made using CO2, is a huge success for our sustainability research. If we can make widespread use of CO2 as a raw material, we will make a crucial contribution to climate protection and the efficient use of resources, and put the fundamentals of the “green economy” in place,” declared Wanka.

Audi have now set up a plant in Dresden, Germany, which will be able to produce 160 litres of the e diesel per day. The plant will be operated by sustainable tech company Sunfire. It operates according to the power‑to‑liquid (PtL) principle and the only raw materials needed are CO2 and H20 - plus a little green energy from renewable sources.

"Production of Audi e‑diesel involves various steps: First, water heated up to form steam is broken down into hydrogen and oxygen by means of high-temperature electrolysis. This process, involving a temperature in excess of 800 degrees Celsius, is more efficient than conventional techniques because of heat recovery, for example. Another special feature of high-temperature electrolysis is that it can be used dynamically, to stabilize the grid when production of green power peaks.

"In two further steps, the hydrogen reacts with the CO2 in synthesis reactors, again under pressure and at high temperature. The reaction product is a liquid made from long‑chain hydrocarbon compounds, known as blue crude. The efficiency of the overall process – from renewable power to liquid hydrocarbon – is very high at around 70 percent. Similarly to a fossil crude oil, blue crude can be refined to yield the end product Audi e‑diesel. This synthetic fuel is free from sulfur and aromatic hydrocarbons, and its high cetane number means it is readily ignitable. As lab tests conducted at Audi have shown, it is suitable for admixing with fossil diesel or, prospectively, for use as a fuel in its own right." 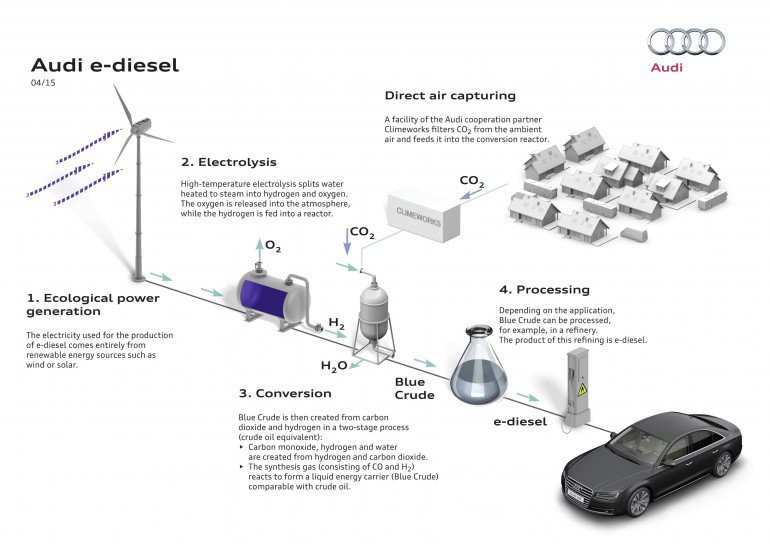 So the resulting e diesel can either be mixed with current diesel fuel or used solely on its own. It's also said to be more efficient - combusting with 70% efficiency. "The engine runs quieter and fewer pollutants are being created," said Sunfire Chief Technology Officer Christian von Olshausen in a press release.

Initial estimates say the price will be somewhere between 1 and 1.50 Euros per litre - a very competitive price given that diesel is currently priced at upwards of 1.50 Euros and the fuel is more efficient!

Just imagine tearing your fuel guzzling sports car around the track without worrying about harmful emissions. Check out the video below: