Things are heating up in the electric vehicle market. Now, Audi is teasing Elon Musk with this clever billboard. Under the image of the soon to be released, all electric e-Tron Sportback, Audi chose to place the words “Musk-Have”. Touche Audi, touche!

Tesla has been in the news a lot lately so we can assume Audi wanted to wrench some of the spotlight back. And with the Tesla Model 3 Sedan due to begin production next month, things over at Tesla are only heating up. Audi, on the other hand, doesn't have plans to release the advertised e-Tron until 2019. So they are getting a little ahead of themselves by throwing this much shade this early. Audi has announced the e-Tron has a 95 Wh battery, and a range of about 500 kilometers. It also boasts the unreleased vehicle can go from 0-60 in 4.5 seconds.

With these sort of stats, Audi is lining up to go head to head with the Tesla Model X. Audi had previously claimed the e-Tron would be “first real premium manufacturer doing a premium electric SUV.” 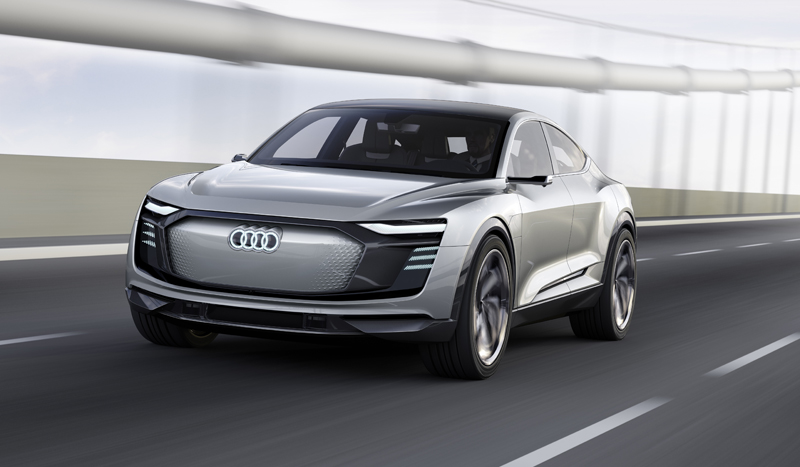 Audi has a long history of bad jokes

This isn’t the first time Audi has set up a billboard battle after it posted a billboard with its Audi A4 sedan and the words "Your Move, BMW." BMW responded with a billboard in clear view of Audi’s original effort simply stating “Checkmate.” The internet went crazy offering Audi all sorts of ways to respond to their fellow Germans.

Audi is ramping up its investment in its electrification project that should help it become a real competitor to Tesla. It is re-organizing its Brussel based factory to accommodate their new range of electric and hybrid vehicles. Bertram Günter, the Project Manager for Production, explains what they are doing to convert the plant:

“We plan to retain the same number of workers currently building the A1 in two shifts. Because the larg­er SUV has more production content than the smaller Audi A1, the workforce will still be running at full capacity. And the layout of the halls is also very convenient. Battery assembly will take place in one hall that’s currently used for logistics. The main contractor there is Audi Toolmaking, which is preparing all the equipment.”

Tesla is also building a brand that stretches far beyond what is in the garage. Led by the highly influential Elon Musk, Tesla has investments in domestic solar power generation via its Solar Roof project, as well as in AI technology and biotech. The company has a strong brand image that resonates with the high achieving, environmentally conscious middle and upper classes of the US.

Stay tuned to Twitter for updates on the Audi VS Tesla 'e-war'.

5 Car Subwoofers For the Quintessential Audiophile