Hunter Energy and IOT Group have partnered to create an Australian blockchain center. The center will be powered by a rebooted coal-fired plant.

Solid financial frameworks and low sovereign risk have long made Australia attractive to blockchain companies but the high cost of power has hampered the development of the industry. Now a first-of-its-kind deal in the country could solve these issues and give the nation its very own Silicon Valley.

Tech firm IOT Group and power company Hunter Energy have signed an agreement to recommission a coal-fired power plant near Singleton in order to turn the area surrounding it into a blockchain center. The center, called the Blockchain Applications Complex, would use the plant to provide cheap electricity for energy-consuming blockchain firms, significantly cutting operational costs.

“IOT needs to follow the Internet of Things trends and develop IoT businesses and opportunities to benefit IOT shareholders. By locating our blockchain operations at the Hunter Energy power station in the Hunter Valley, this will be a first in Australia and has good prospects of attracting interest from Australian and international blockchain operations, looking to locate where they have surety of Sovereignty and the benefits of low-cost power,” said Sean Neylon, executive director and founder of IOT Group.

If successful, the deal would give the center access to wholesale rates for power, without having to pay additional costs for transmission, grid connection, poles, and wires. It is estimated the outcome could see energy prices reduced by up to 20 percent.

"The average consumer pays around 28 cents per kilowatt-hour, with what IOT are doing its pre-grid [price] is 8 cents and will be 5 cents at night time," stated an IOT release.

Plans are underway to reboot the 150 megawatt Redbank power station, that has been decommissioned since 2014, as early as 2019. The blockchain center is expected to consume up to 10 or 20 megawatts of electricity.

To meet those demands, Hunter Energy is also exploring options beyond coal for the plant such as solar and battery. This move would aid with environmental concerns over the polluting effects of blockchains’ power-hungry nature. 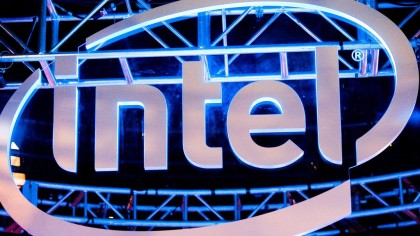 Although blockchain technology has many potential applications, it was created for bitcoin and still remains its main use. As blockchain is at the proof-of-concept stage, its adoption is uncertain in other industries.

Still, bitcoin miners have long been on the hunt for cheap energy turning to Quebec for its hydro projects. The industry was once mainly housed in China but started looking elsewhere when government authorities increased scrutiny in the sector.

Last January, Reuters reported that two Chinese miners said “local authorities had grown more unwilling to allow expansion and had started to shut down some mines in late 2017.”  Last year, the government banned initial coin offerings and ordered cryptocurrency exchanges operating on the mainland to close.

Concerns about cryptocurrencies have also been rising globally with many worries expressed by regulators including the potential for illicit activity, the industry’s volatility and the danger of price manipulation. After the January collapse of Bitcoin and others, one could wonder how long the center may be of use.

Due to the Pandemic, Europe, India, China, and parts of the U.S. Are Less Reliant on Coal