An Australian man will appear in court after facing numerous charges, including for driving with a metal pan in place of a steering wheel.

On September 4th, police were notified of a suspiciously parked red Mazda sedan occupied by a man loitering in the street.

As police further investigated the area, the man took off down a street before heading into a car park next to a unit block.

Police pulled the man over and were quick to discover his driving wheel was replaced by a frying pan along with an altered front license plate. 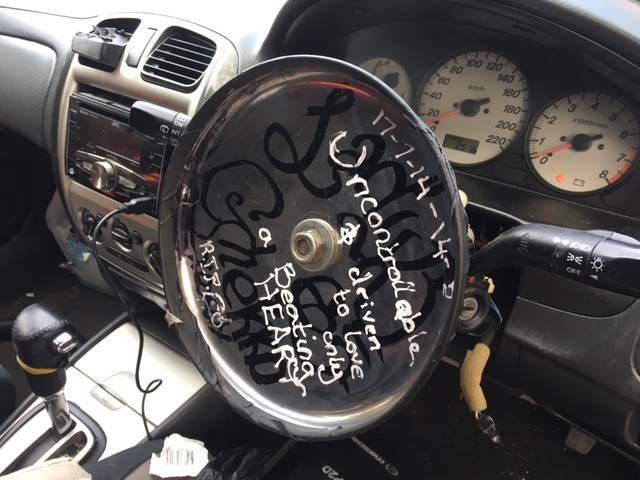 Police then discovered the car was unregistered and uninsured as a result of being declared defected, although the driver had the defect label removed.

label had been removed.

"The 32-year-old from Adelaide was charged with driving unregistered, uninsured, drive contrary to defect, remove defect label, alter number plate and breach of bail. He has been bailed to appear in the Adelaide Magistrates Court on 11 October."

The car is currently impounded for 28 days.

No further details are available at this time.