One of automotive's biggest names just tore apart the new Tesla Model 3, and he held nothing back.

One of the biggest automotive engineering firms in the United States just tore apart the Tesla Model 3 bit by bit and posted the entire review to YouTube.

While there have certainly been issues with the Model 3 production as well as the controversy surrounding some of Tesla's finished units, this video is the first real exploration into the car itself from a well-known automotive name.

The video shows Autoline's John McElroy interviewing engineering expert Sandy Munro's newest car: the Tesla Model 3. Munro is known for thoroughly tearing apart and breaking down some of the most popular cars around.

So what did he think of the long-awaited Model 3? He wasn't too impressed.

The CEO of a Detroit-based automotive consultation firm wasn't a fan of the finish of the car. He noted that it seemed unpolished in a variety of features.

First on the chopping blog was the frustrations Munro had to pop the hood, which required having more tools than a traditional car just to get the hood open.

"We've never seen anything like this," Munro said. "Usually there's some sort of mechanical thing to allow the fire department to get in easily, usually in the inside of the cab."

And while the Model 3 has a hood popping mechanism triggered by the driver panel, Munro voiced his concerns about popping the hood should the car lose power in an emergency.

There was also the matter of panel gaps which Munro said you could "see 'em from Mars."

"These are flaws that we would see on a Kia in the ’90s or something...I can’t imagine how they released this. It’s just a surprise. A really big surprise for me."

The video continues with Munro pointing out seemingly incomplete issues, gaps, and overlays. He said: "These are flaws that we would see on a Kia in the ’90s or something...I can’t imagine how they released this. It’s just a surprise. A really big surprise for me."

It is important to note (as many Tesla fans have quickly pointed out) that Munro's company's three biggest clients are the 'Big Three' of automobiles -- General Motors, Ford Motor Company, and Fiat Chrysler Automobiles.

And far from everyone agrees with Munro. One user named mntlvr23  took to the Tesla forum and said "I imagine that the experts can look at things with a fine-tuned microscope and find things that I would never notice. If the thumbnail versus thumb thing is true - I would imagine that this is not common and that it would be fixed upon request." 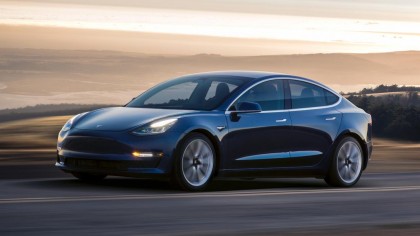 Other users offered up their personal experience with the Model 3. User weluvm3 gave his thoughts after riding in a friend's Model 3. He said:

"I had a chance to go over a friend’s Model 3 yesterday. I did notice that the frunk was badly misaligned. The right side was nearly half a centimeter higher than the left. It doesn’t sound bad, but it was very noticeable.

"Also, the rear passenger side door was much harder to close and latch than the others. The first time I tried to close it, it refused to shut and I basically had to force it closed. I thought maybe I was doing something wrong, but my friend said he noticed it, too.

"The last time I saw stuff like that was a car that had gotten into an accident and had been repaired badly. Weird. But he did say it drove well and he was otherwise very happy with it."