Tech media has been having an exciting time lately with Amazon and Google trying out drone deliveries. While these projects are ambitious and currently in very rudimentary stages, Yelp and a San Francisco-based startup, Marble, have partnered to execute food delivery with robots which will roll on the sidewalks of the city. It's less futuristic, but is live today. These bots have been spotted on San Francisco roads since earlier in April. 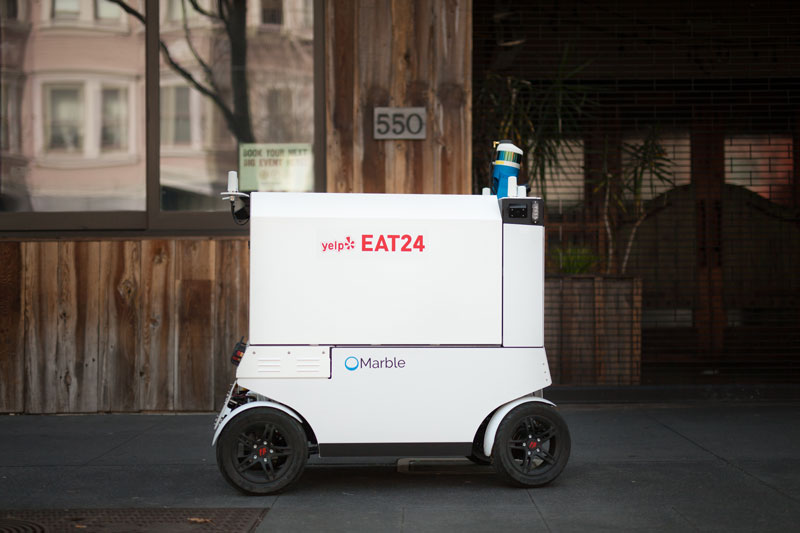 More specifically, Yelp's Eat24 food delivery platform has teamed up with Marble to run a pilot project for delivery of food within San Francisco using these rolling robots. The robots will be responsible for the work typically done by gig-economy delivery personnel: they will be going (rolling) to the restaurant, picking up the food package, and finally delivering it to the customer's location. The customers will receive a PIN before the robot reaches their door, which will allow them to open the robot’s cargo area and collect their food. 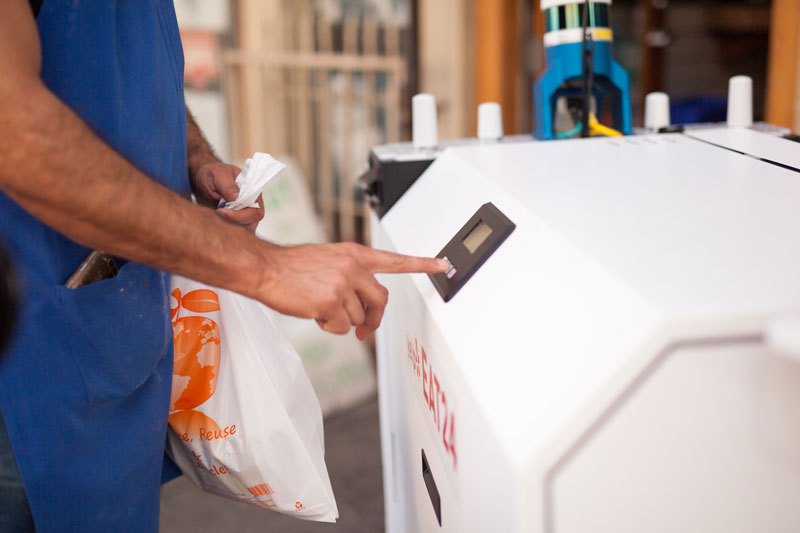 To ensure safety, every food delivery robot uses 3D maps to navigate day and night, and is equipped with lidar, multiple sensors, and cameras to ensure that it doesn't bump into people on the sidewalk. Yelp will also ensure that the robot delivery is only for those who opt in, so that anybody uncomfortable with entering a code to retrieve their food will just be greeted by someone with their food instead. 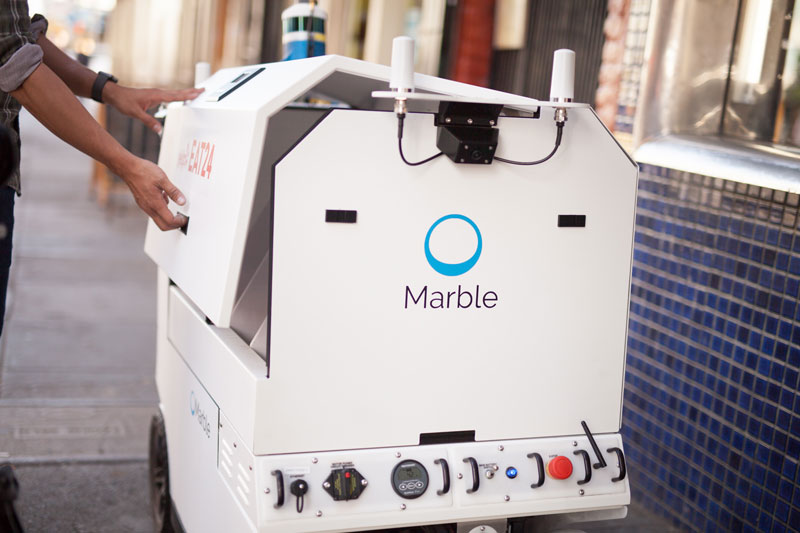 While the project is new, rather than trying to extract cost savings, the two companies will focus on reliability and smoothness of operations. Marble will have a person accompany the robots, and another also monitor them remotely at all time through a video camera feed. The human minder will also be able to gauge customers' feedback and report any problems. As the confidence in the process grows end-to-end, Yelp and Marble will look to begin saving the cost associated with human minders. 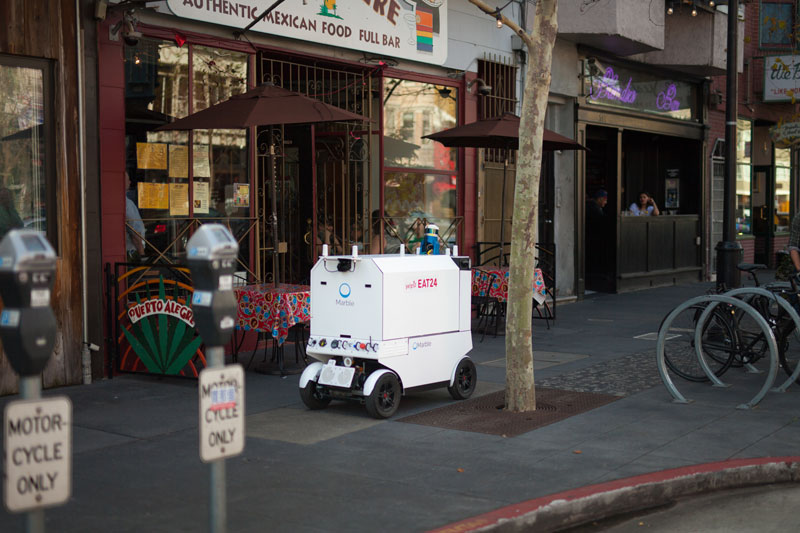 The more a food delivery robot fleet will navigate the San Francisco roads, the more their robustness will increase, and the faster it will be to achieve full autonomy. In fact, to expand into the entire city will take significant effort, considering San Francisco's hills.

Watch this video for the complete details:

Yelp offers restaurants the option to deliver food themselves or to use a third party delivery service, which is paid a commission for each delivery. With the option of a food delivery robot now available, eligible restaurants can choose whether they want to try out the new technology, or hold off till it becomes more mainstream.

Once the inflection point is reached, the savings in running costs will be immense, and the model could easily be expanded to deliveries of other nature: post and parcels, medicines, online shopping, etc. In fact, Marble is prepared to diversify into delivery beyond food. As per their website:

The last time a similar development had happened was not too long ago, in January, by Starship Technologies, which has had similar robots in San Francisco and Washington, DC. Starship also partnered with Europe's biggest online takeaway food company, Just Eat, last year, with the same idea of having a food delivery robot operate in London. The mode of operation of the Marble robots is practically the same as what Starship has been doing, although Marble's robots are more chunky and bulky.

These new advances in logistics are of course complicated from a legal point of view. In fact, last month, Virgina became the first US state to pass a legislation allowing delivery robots to operate on sidewalks and crosswalks across the state, effective July 1. Starship had helped to draft and pass the new law. While San Francisco has discussed potential legal changes, companies currently require a permit from the city to operate a food delivery robot, for which they pay by the blocks that are covered in their routes.

The technology seems to be ready for both rolling and flying robots to deliver material to end customers, but each comes with its pros and cons. While the chance of crowding is higher on sidewalks than in airspace, drones have more safety concerns than ground-based robots. Eventually, a combination of the two might become the norm, and the speed and universality of drone deliveries will definitely give drones an advantage over rolling robots.