Postal services incorporate autonomous vehicles into their delivery service as postmen start being replaced by robots.

Postal services are going through an evolutionary transformation toward incorporating more automation into their delivery service.

In the 60s, The Beatles gave the postman a central role singing Please, Mr.Postman. Fifty years later, the human Mr.Postman is being replaced by a robot which is part of an automated sorting and delivery system for letters and parcels. The human postman, in this era of automated delivery, takes other supervising roles instead.

In Norway, Posten-Norge, the Scandinavian country’s postal service, has hired a robot to deliver letters and parcels. For this, Posten-Norge teamed up with Buddy Mobility, the company supplying the robot. 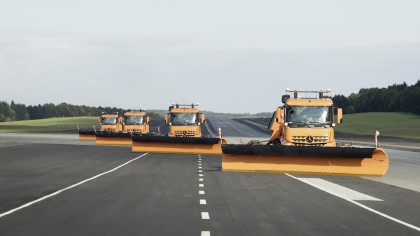 Buddy Mobility is a Norwegian startup company made up by an international group of designers, engineers, researchers, and developers who are based in Oslo and the San Francisco Bay Area.

The new Posten-Norge’s delivery robot looks like a box with wheels.

Buddy Mobility is an emerging concept, an autonomous vehicle service that brings a new level of efficiency to urban mobility. Buddy Mobility partners with delivery and passenger service providers aiming to extend the services that make the movement more flexible, reliable, and sustainable according to the new smart cities vision.

The Norwegian postal service is not the only one adding bots to the postal service of the 21st century. In Germany, postal service Deutsche Post, which is part of DHL, has a similar electric delivery robot called PostBot.

PostBot has been designed to accompany mail deliverers on their routes facilitating their job. PostBot carries the post in the German town of Bad Hersfeld.

PostBot carries up to six post trays. This relieves carriers of their heavy loads. PostBot frees up the deliverers' hands making it easier for them to distribute letters and parcels.

The PostBot was based on a robot from the French company Effidence S.A.S. It was custom-built to serve the delivery staff of Deutsche Post ensuring that it meets their specific needs for transporting letters and packages.

PostBot can carry loads of up to 150 kilograms. Its sensors track the legs of the mail carrier, following behind them automatically throughout the entire assigned route. It can also navigate around obstacles or stop when needed.

The PostBot serves well in all weather conditions. The control elements of the robot have been placed on both sides of the unit in a way that promotes good ergonomics.

“Day in and day out, our delivery staff performs outstanding but exhausting work. We’re constantly working on new solutions to allow our employees to handle this physically challenging work even as they continue to age,” says Jürgen Gerdes, CEO of the Post – eCommerce – Parcel division at Deutsche Post DHL Group.

Swiss Post also tested the deployment of delivery robots between mid-October 2017 and January 2018. During the testing period, the delivery robots successfully completed approximately 200 runs covering 800 kilometers without experiencing any accidents or collisions.

Swiss Post is now testing new applications in parallel with its robot delivery until the law in Switzerland allows the postal service to perform test runs without human supervision in public spaces. “We are concentrating at present on autonomous robots that can transport goods within buildings,” says Claudia Pletscher, Head of Development and Innovation at Swiss Post.