Autonomous Vehicles May Hit US Roads Under Pilot Project

The USDOT and NHTSA, two key agencies involved in the automotive industry, are both making efforts to be more inclusive of the emerging autonomous car industry.

Autonomous cars, self-driving cars, unmanned cars, driverless cars... Whatever we choose to name them, they are entering our lives in unprecedented numbers, with almost every major car company in the world dramatically stepping up efforts to enter the market, or laying out concrete plans to do so via the ever effective concept car unveilings. 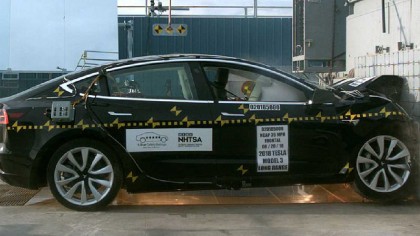 Although it is clear that the industry is on board with developing autonomous vehicle technology, it is equally important to have healthy engagement and support from local governments. For this reason, the announcement this week of an autonomous vehicle pilot program being considered by the Trump Administration is drawing attention.

According to the National Highway Traffic Safety Administration (NHTSA), the powerful agency in which serves as the final authority on deciding which vehicles get to hit the roads in the United States, is behind the initiative.

In the report on the program, which calls for collaborative research with the US Department of Transportation (USDOT), the agency indicated the program was developed to understand “how best to foster the safe development and implementation of ADS vehicle technologies on our Nation’s roadways.”

This move also coincides with the announcement of a new set of vehicle safety ratings. The NHTSA already has in place a clear set of the six levels of driver assistance technology advancements, which are another endorsement of the technology, but this new program would play a big role in helping to reduce some of the technical obstacles (lack of pedals or steering wheels) which seem to place heavier restrictions on automated car use.

Agency support is shifting in the US

The support, though reserved, of the NHTSA, represents a strong official endorsement of the growing influence of autonomous vehicles, and more importantly offers the symbolic meaning of government and industry coming together around this vital technology.

It also helps to quiet the critics, lobbyists and various members of government, who voice opposition to the vehicles based on concerns about safety.

Another positive development is a Department of Transportation (USDOT)-supported effort to simplify the legal frameworks surrounding autonomous vehicles, providing an 80-page document, titled "Preparing for the Future of Transportation: Automated Vehicles 3.0".

“The safe integration of automated vehicle technology into our transportation system will increase productivity, facilitate freight movement and create new types of jobs.”

The goal of the program is to (1) provide a framework for communication between industry and the USDOT, (2) identify in greater clarity any existing policy issues, and (3) create a blueprint of multi-modal safety that incorporates autonomous vehicles.

The agency also makes clear its committment to overhauling the language it uses in order to create standards that take into account the new technological reality of autonomous vehicles: "U.S. DOT will modernize or eliminate outdated regulations that unnecessarily impede the development of automated vehicles or that do not address critical safety needs. Whenever possible, the department will support the development of voluntary, consensus-based technical standards and approaches that are flexible and adaptable over time."