Autonomous Vehicles Set to Disrupt The Future of Tourism

Two academics have outlined for the first time potential impacts autonomous vehicles will have on urban tourism.

In the first study of its kind, two academics have looked at how Connected and autonomous vehicles (CAVs) will impact urban tourism. The paper,titled, ‘Autonomous vehicles and the future of urban tourism’ published in Annals of Tourism Research, looks at how CAVS ‘may impact cities in terms of tourism transport mode used, spatial changes, tourism employment, and the night-time visitor economy, leading to new socio-economic opportunities and a range of threats and inequities.’

Rise of autonomous vehicles to have deep-seated impacts

Their new paper lays out the positive and negative impacts that CAVs will have and how they may transform our understanding and use of urban space. The authors give a large focus to the rise of autonomous taxis, changes to city sightseeing and hospitality in the urban night.

There are many potential benefits to CAVs becoming an integrated part of our cityscapes. These include a reduction in traffic congestion and emissions from fossil fuel reliant vehicles.

With the potential of fewer cars on the streets, parking loads will be reduced thus creating the possibility of new public urban spaces. Taxi fares may be reduced as rideshare networks increase.

AV’s may impact other urban industries too. The paper's authors suggest that industry's like sex work, dining, and even accommodation could be operated out of moving autonomous vehicles.

Job loss from a reduction in traditional transport a threat

Without the need for a physical space, many new and disruptive economies may develop. However, there is also a long list of concerns that the authors share including the threat of increased urban sprawl in combination with a reduction in public transport options.

There is a risk that an increase in dependence on car sharing and autonomous this may lead to a lack of demand and therefore investment in public services. This could lead to both job loss in the transport sectors as well as a division in class over access to the new autonomous systems.

Totally connected systems also raise the possibility of a terror threat towards such a system. The research is aimed at a broad audience of urban planners, architects and policy makers who will all be affected by the rise of the autonomous ecosystem. 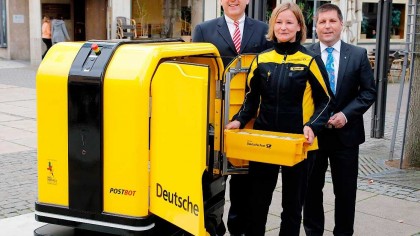 Professor Cohen, Head of Tourism and Transport at Surrey's School of Hospitality and Tourism Management, said: "This groundbreaking study will benefit urban planners, policymakers and the tourism and hospitality industries, who will face a range of threats and opportunities as AVs begin to reach the mass market in the coming decade."

"The visitor economy will be gradually transformed if AVs become fully automated and mainstream, leading to a future where hordes of small AVs could congest urban attractions, hop-on-hop-off city bus tours may go out of business altogether, motorways between cities could fill at night with slow-moving AVs carrying sleeping occupants and commercial sex in moving AVs becomes a growing phenomenon."