Avoiding Stumbles from Spacewalks to Sidewalks 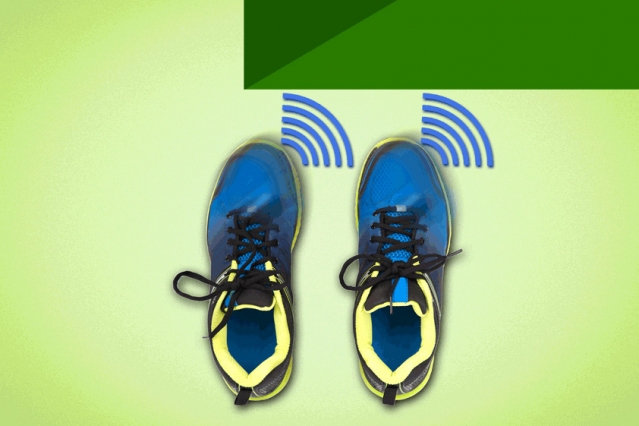 MIT is currently in the developmental stages of creating haptic-feedback shoes that actively help wearers avoid stumbles from Earth, or the moon.

However interesting astronauts tripping over moon rocks may be, falling in space can endanger astronauts' missions, and more crucially, their lives. The pressurized suits that house the life-support necessary for spacewalks and incredibly complex. Falling can damage the crucial components puncture the suit.

The current spacesuits used by astronauts are both large and bulky, limiting motor control and visual peripherals. With a need for greater mobility, researchers from MIT’s Department of Aeronautics and Astronautics (AeroAstro) and the Charles Stark Draper Laboratory in Cambridge, Massachusetts are currently in the developmental stages of creating a high-tech space boot integrated with built in sensors and miniature "haptic" motors with the aim to give astronauts real-time interactive feedback and guide the wearer away from obstacles.

Last week, the researchers brought forth their preliminary study results to the International Conference on Human-Computer Interaction. The discussion prompted what sorts of sensory and stimulating components should be integrated to what parts of the foot to provide the best navigational assistance. Based on the concussions of the study, the researchers planned to undertake further testing with a prototype boot.

However, the boot is not solely intended for interstellar use. The boots may also see applications in assistive wear to help the visual impaired navigate easier.

The boots are lined with three motors strategically placed at the toe,  heel, and toward the front of the foot.  The intensity of the vibrations will indicate the severity of the object and urgency to alter a chosen path.

“Trying to provide people with more information about the environment — especially when not only vision but other sensory information, auditory as well as proprioception, is compromised — is a really good idea,”

Says Shirley Rietdyk, a professor of health and kinesiology at Purdue University who studies the neurology and biomechanics of falls.

“From my perspective, [this work could be useful] not only for astronauts but for firemen, who have well-documented issues interacting with their environment, and for people with compromised sensory systems, such as older adults and people with disease and disorders.”

While the boots, in theory, are a great idea that could help thousands of people, in practice it proved difficult for participants to react to the haptic feedback in time. However, further development should be able to improve upon sensors and feedback, allowing a greater degree of accuracy and practicality in the real world. Perhaps one day there will come a time where astronauts will not be laughed at for their stumbling tenancies with these new boots that aim to assist walkers across the globe - and space.

How to Build an Electric Hoist from Scrap Metal