This Bacteria-Powered Battery Could Revolutionize Bio-Batteries

People around the world go through countless packs of disposable batteries each year. However, a new device could not only simplify that process; it could save lives for people with limited resources. Researchers at Binghamton University in New York State developed a battery sheet powered by bacteria.

The device uses chromatography paper as a base. The team then placed a silver nitrate ribbon under a thin wax layer to make a cathode. Next, they made a conductive polymer reservoir to be the anode. The paper then gets folded depending on the output needed. After being folded, a few drops of bacteria-filled liquid gets added. The cellular respiration of the bacteria powers the battery itself. 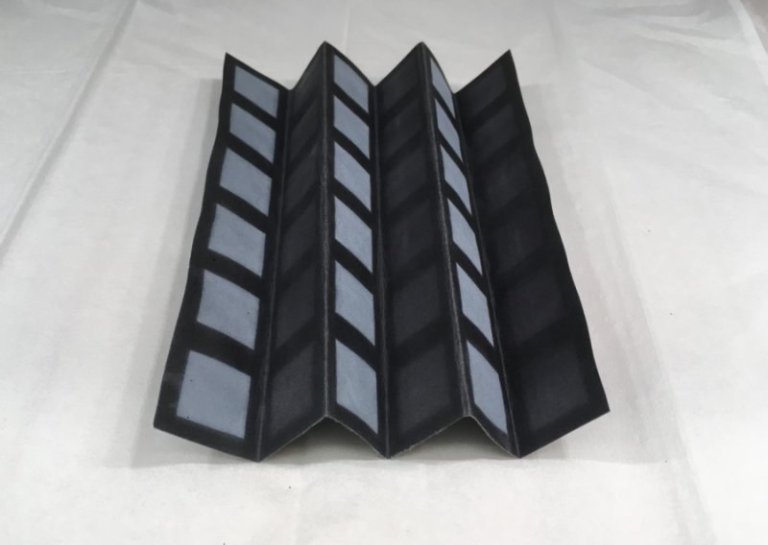 Assistant Professor Seokheun "Sean" Choi works in the Electrical and Computer Engineering Department. He also serves as the director of Binghamton's Bioelectronics and Microsystems lab.

"Papertronics have recently emerged as a simple and low-cost way to power disposable point-of-care diagnostic sensors," he said. "Stand-alone and self-sustained, paper-based, point-of-care devices are essential to providing effective and life-saving treatments in resource-limited settings."

The papers folding pattern proved to be the most time-consuming part of the process. Different patterns can significantly improve or reduce the battery's output.

"The device requires layers to include components, such as the anode, cathode and PEM (proton exchange membrane)," Choi said. "[The final battery] demands manual assembly, and there are potential issues such as misalignment of paper layers and vertical discontinuity between layers, which ultimately decrease power generation."

In terms of energy, the tiny paper doesn't supply much of anything. The team generated 31.51 microwatts at roughly 126 microamps with six folded batteries in a particular setup.

However, in emergency situations like disaster sites or amidst the heat of battle, the amount of power isn't the most crucial. These paper batteries solve the problem of portability. If the paper can emit enough energy to power monitor patient functions in remote areas or operate life-saving detection equipment even for a short time, it succeeds.

Choi said the papertronics development remains largely untouched. He noted that integration of microbial sources for power could also use readily available sources for revolutionary purposes.

"Among many flexible and integrative paper-based batteries with a large upside, paper-based microbial fuel cell technology is arguably the most underdeveloped," said Choi. "We are excited about this because microorganisms can harvest electrical power from any type of biodegradable source, like wastewater, that is readily available. I believe this type of paper biobattery can be a future power source for papertronics."

SEE ALSO: Innovative Battery Charges Phones in Seconds and Lasts for a Week