The design of a microscopic heat engine that runs on bacterial activity is turning heads in the Indian city of Bengaluru. Operating at over 50% efficiency, this technological breakthrough holds promise for a range of micro-scale applications. 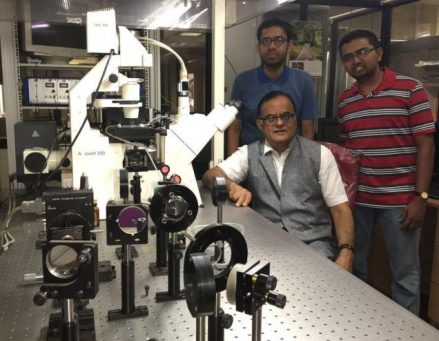 The team of researchers from the Jawaharlal Nehru Centre for Advanced Scientific Research and the Indian Institute of Science (IISc) in Bengaluru is headed by Professor Ajay Sood. In an interview with local Indian newspaper, the Deccan Herald, he reported “The principles of heat engine didn’t change in the last 200 years. For the first time, we have demonstrated a new way of heat engine functioning using bacteria. Such microscopic heat engines in future can power micro-scale or nano-scale electro-mechanical devices.”

Using an optically trapped colloidal particle of 5 micrometers, the engine runs on changes to bacterial activity in response to small changes in temperature.

“Instead of using high and low temperature, we are exploiting bacterial activity to change the two states. The next step is to connect the heat engine to some nano device or electromechanical device.”

The bacteria in use by the research team is called Bacillus licheniformis, a bacteria found in bird feathers and soil.

“Unlike the regular engines that work with less than 10% efficiency, the micro heat engine has 50% efficiency. A large number of futuristic applications can be thought of. The discovery may also lead to better understanding of biological motors.” Full details of the research team's work can be found in the 29 August issue of Nature Physics.