Barcelona is planning to improve air quality by creating green “super-blocks” around the city.

Barcelona is incredibly congested with smog producing cars and cluttering apartments that litter the roadsides. All the congestion and pollution has lead to pollution becoming the leading cause of death in the city, studies find. Air pollution alone has been attributed to  3,500 premature deaths a year in Barcelona’s metropolitan area- with a population of just 3.2 million. Pollution is nothing new to the crowded walls contained in the busy city. The Catalan city has been suffocating from behind its medieval walls before Ildefons Cerdá came up with a controversial plan to rip down the walls and build a grid system that Barcelona is recognized by today. However, the city once again grew beyond its sustainable threshold. As a result, the air quality has become severely impacted. 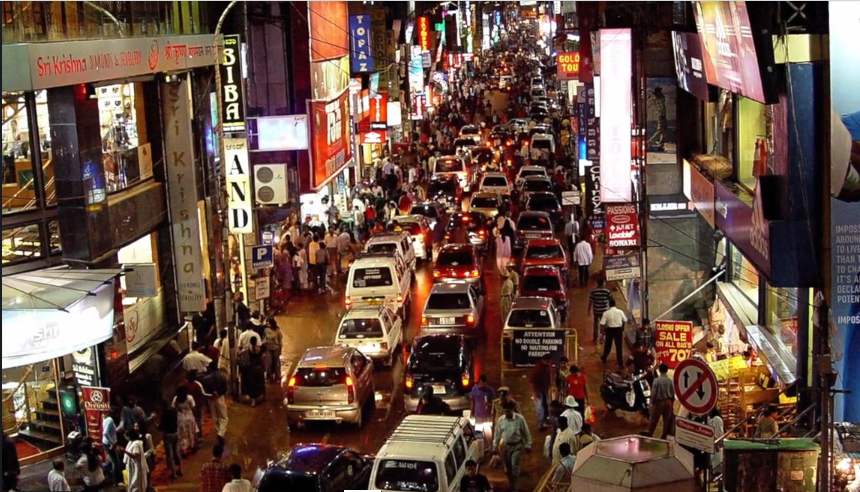 A new sustainable plan has been put forth to revitalise the city by implementing super-blocks. The city’s new strategy for sustainability will reduce traffic by 21% by freeing up nearly 60% of streets currently used by cars. The space will be used as “citizen spaces” where cars will be redirected around the blocks. The city will become more “breathable” as more trees will be added to pedestrian walkways, as well as along the 200 km cycling paths that will be introduced in the near future. Public transportation will also be drastically increased. A super-block will include 9 existing blocks where the only transportation within them will be with busses that will travel just 10 km/h (much less than the average of 50 km/h). 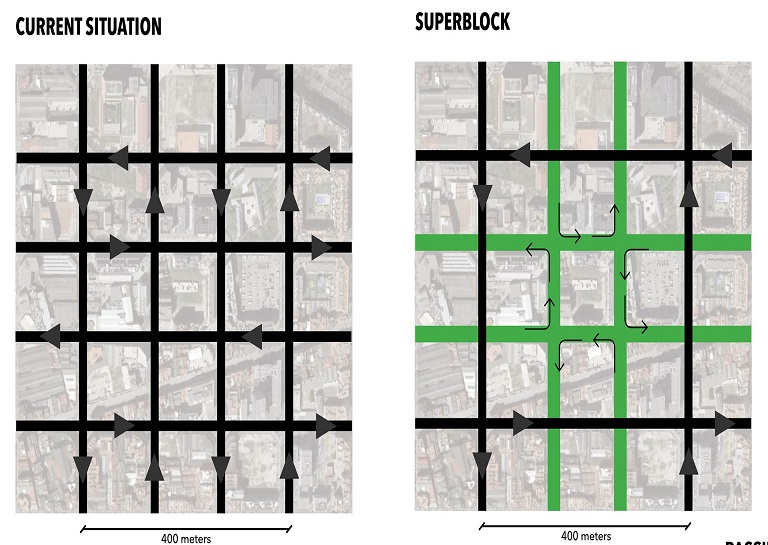 Image showing how a super-block would work without cars [Image Source: BCNecologia]

Says Salvador Rueda, member of the city’s urban ecology agency and one of the promoters of the super-blocks idea,

“it would be an equitable network in which one could go from any point A to point B with just one transfer in 95% of the cases. Like in a game of Battleship"

Says mobility city councillor Mercedes Vidal during his presentation of the plan this month,

“In a city as dense as ours, it’s all the more necessary to re-conquer spaces.” If all goes as planned, around seven of the 13.8 million sq metres now dedicated to motorised traffic will be freed up.”

The council wants to “win back” the city from clusters of cars and pollution. On average, the average inhabitant has just 6.6 sq meters of green space per inhabitant (with figures dropping as low as 1.85 in Eixample and 3.15 in Gràcia), well below the  World Health Organisation suggestions to have have at least 9 sq metres per capital. 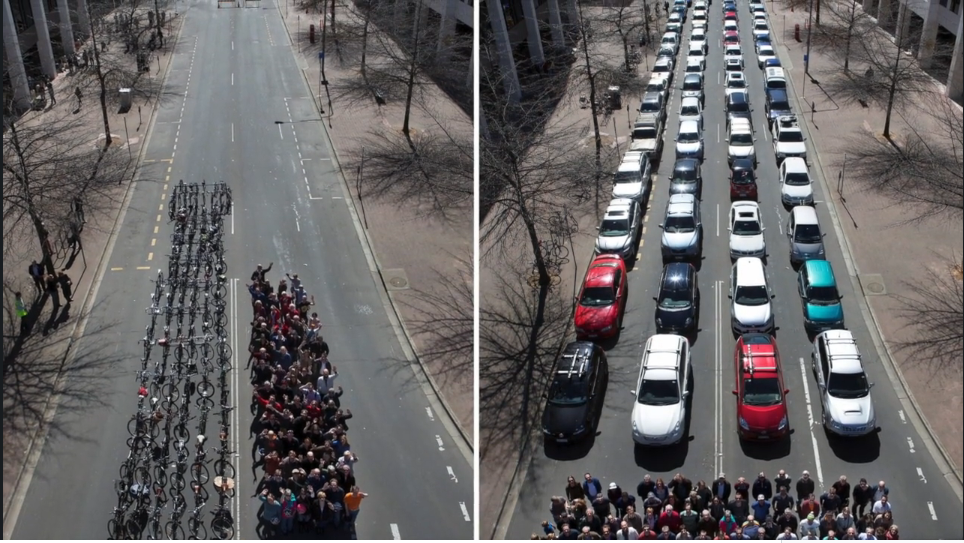 Representation of how much traffic is reduced by eliminating cars and using bikes, providing more space, and cleaner air [Image Source: BCNecologia]

The future of Barcelona looks bright as they reclaim land taken by cars that decimate the air quality. Hopefully other cities follow suit and provide “super-blocks” in modern constructions to accommodate green living area in the cities. The drastic mobility changes will make Barcelona a once green place, green again.