'Be My Eyes,' a new crowd-sourced app, has utilised the iPhone’s video call function to allow the blind to get instant help from sighted people in challenging situations. In the first days since its launch, nearly 40,000 people have joined. 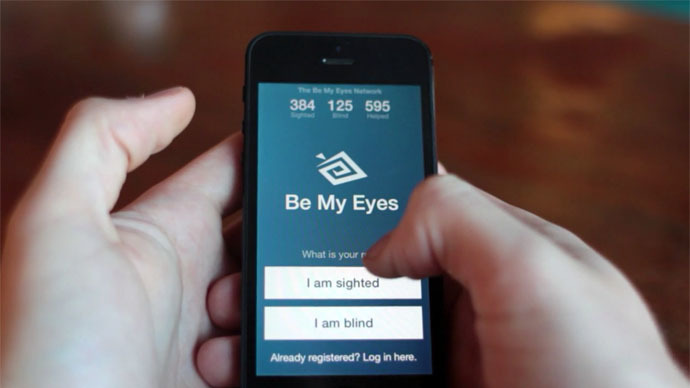 [Image Source: Be My Eyes]

The app was launched on Thursday, 3 days ago, and since then it has already assisted people over 3,400 people on more than 7,000 occasions, according to the counter on the Be My Eyes website. And the number of people signing u to assist the blind seems to be continually increasing. It's a rather touching use of existing tech, especially when all the helpers involved are doing so on a volunteer basis.

The app’s founder, Hans Jorgen Wiberg, who is visually impaired himself, said he hopes “that by helping each other as an online community, Be My Eyes will make a big difference in the everyday lives of blind people all over the world.”

It can be so easy to help someone visually impaired. Checking the expiration date on a product, making it to the other side of the street at an unequipped crossing, reading instructions, and other normal tasks can be such a chore to those who are blind or visually impaired. By just downloading the app, you can act as the eyes of the person in need of assistance who can point the camera at the task at hand.

"It only takes a minute to choose the right tin can from the shelf, look at the expiration date on the milk or find the right thing to eat in the fridge - if you have full vision that is," said Wiberg. "For visual impaired individuals smaller tasks in their home can often become bigger challenges."

The volunteer helper gets a notification for help, and once it accepts the request, a live video connection opens. Sighted assistants are encouraged to take a more active participation in the project via points assigned for each act of kindness and a “level up” system.

The app is only available for people using an iPhone 4S or above, running at least iOS7. but the Be My Eyes team says it is aware of “a lot of potential users with Android and Windows phones out there.”