The missing Mars robot Beagle 2 probe has been found on the surface of the Red Planet, apparently intact, 12 years after it went missing. High-resolution images were captured by Nasa's Mars Reconnaissance Orbiter appear to show its landing position and also seems to show the probe intact and in one piece. 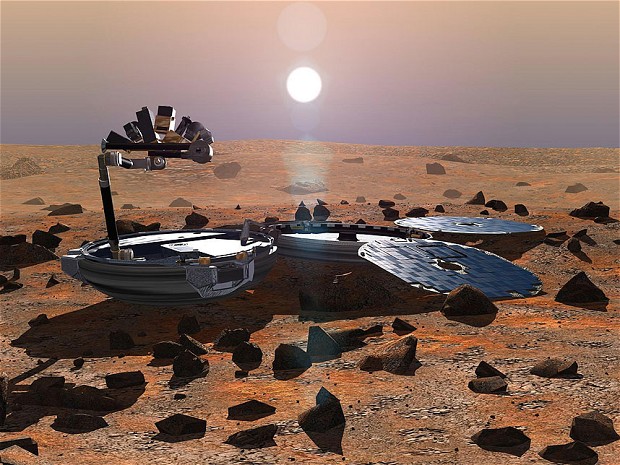 The UK-led probe tried to make a soft touchdown on the dusty world on Christmas Day, 2003, using parachutes and airbags - but no radio contact was ever made with the probe. Nobody really knew what exactly happened during the attempted landing.

Now, it has been suggested that the deployable 'petal' solar panels did not unfurl properly, which means that the probe not only couldn't receive full power but it also couldn't communicate.

"Without full deployment, there is no way we could have communicated with it as the radio frequency antenna was under the solar panels," explained Prof Mark Sims, Beagle's mission manager from Leicester University. 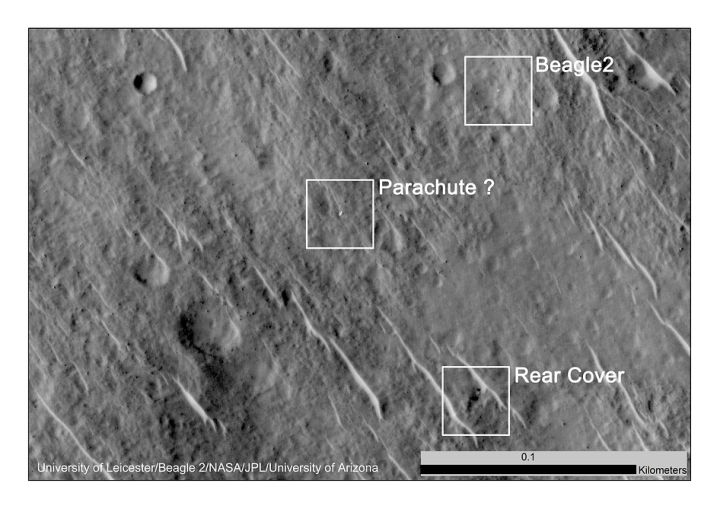 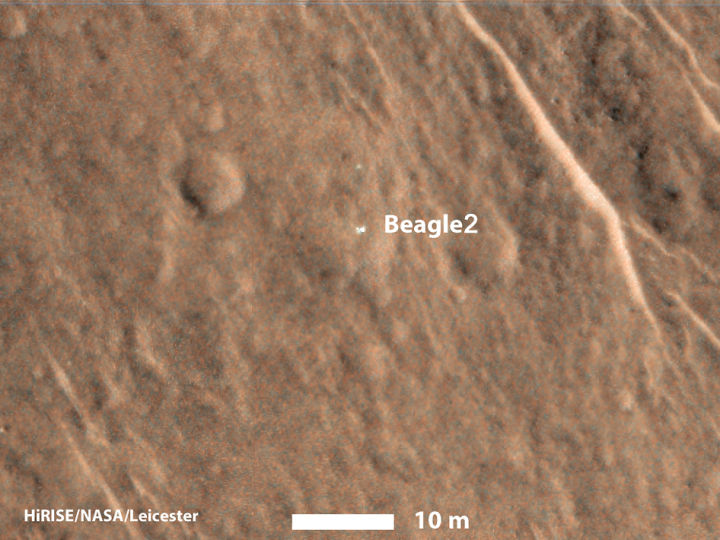 "The failure cause is pure speculation, but it could have been, and probably was, down to sheer bad luck - a heavy bounce perhaps distorting the structure as clearances on solar panel deployment weren't big; or a punctured and slowly leaking airbag not separating sufficiently from the lander, causing a hang-up in deployment," he told BBC News.

The orbiter's High Resolution Imaging Science Experiment (HiRISE) camera located the Beagle 2 within its expected landing area of Isidis Planitia, approximately 3 miles (5 kms) from its center. The three observations by the orbiter in December reveal that it survived touchdown long enough to partially deploy its solar arrays. Its rear cover with the pilot/drogue chute still attached and main parachute lay nearby. .

Michael Croon, former member of the European Space Agency's Mars Express operations team, had initially made the discovery analyzing the HiRISE images. Further ire-maging and analysis by the Beagle 2 team, the HiRISE team and NASA JPL confirmed the object as Beagle 2.

“I am delighted that Beagle 2 has finally been found on Mars," said Mark Sims of the University of Leicester, former Beagle 2 mission manager and leader of the initial study phase, said in a prepared statement. "Every Christmas Day since 2003 I have wondered what happened to Beagle 2. My Christmas Day in 2003 alongside many others who worked on Beagle 2 was ruined by the disappointment of not receiving data from the surface of Mars. To be frank I had all but given up hope of ever knowing what happened to Beagle 2. The images show that we came so close to achieving the goal of science on Mars."

Investors lost over $7 billion after selling Bitcoin at market lows