Researchers at the University of California, Santa Cruz, discovered a beam of antimatter particles directed toward Earth using an instrument flown through the eye of the hurricane Patricia.

In 2015, Hurricane Patricia hit the mainland in Mexico, battering the West Coast with unprecedented force. The storm still remains the strongest tropical cyclone ever recorded in the Eastern Pacific Ocean. While most people evacuated the area or prepared to bunker down, UC Santa Cruz scientists were occupied with another plan - flying into the eye of the storm.

The particles were detected using an instrument installed aboard one of NOAA's Hurricane Hunter aircraft which was flown through the eye of the storm during its peak intensity. Amidst all the destruction, scientists captured profound information - downward beams of positrons, the antimatter counterpart of an electron. The team captured powerful bursts of gamma rays and X-rays, indicating the presence of positrons.

In this picture, researchers from UC Santa Cruz assemble the Airborne Detector for Energetic Lightning Emissions (ADELE) mark II - a device which can detect X-rays and gamma rays. Below the device is the NOAA's ADELE Hurricane Hunter, the plane used to carry the equipment. To the right is Hurricane Patricia

UC Santa Cruz professor David Smith explains the beam is the downward component of an upward terrestrial gamma-ray flash (TGF). The flashes were discovered in 1994 when they were observed by satellites outfitted with gamma-ray detectors. It is known TGFs are created by lighting and over the decades, thousands of events have been recorded by satellites in orbit. However, up until recently, only beams directed upwards have been detected.

According to UC Santa Cruz, reverse positron beams have been hypothesized by theoretical models of TGFs, but have remained undetected - until now.

"This is the first confirmation of that theoretical prediction, and it shows that TGFs are piercing the atmosphere from top to bottom with high-energy radiation," Smith said. "This event could have been detected from space, like almost all the other reported TGFs, as an upward beam caused by an avalanche of electrons. We saw it from below because of a beam of antimatter (positrons) sent in the opposite direction."

How Hurricanes Launch Antimatter Beams at the Earth

The production of positrons is the result of a series of incredibly powerful nuclear events. It begins high in the atmosphere above the storm. There, strong electric fields eject an avalanche of electrons towards space. The speeding electrons collide with molecules in the air, deflecting their path and resulting in a burst of gamma rays - the highest known energy form of light.

In this picture, electrons (shown in pink) are initially ejected outwards by strong magnetic fields. Then, as electrons collide with air molecules, more gamma rays are produced which collide with other electrons. The electrons accelerate when they collide with gamma rays, increasing the energy they carry.

Electrons which collide with other particles with enough energy release particularly large TGFs - rays which are powerful enough to penetrate to the core of an atom. After interacting with the nucleus of an atom, the gamma ray is transformed into a positron and an electron - a nuclear process known as pair production. 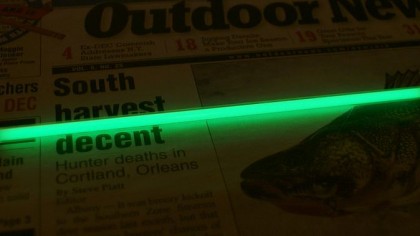 Naturally, the particles are attracted to one another due to their opposing charge but are driven apart from the strong magnetic fields above storms.

The event is somewhat rare since the process requires ejecting a massive avalanche of particles towards space - an event which consumes an unknown amount of energy. The exact process is not yet thoroughly understood.

"It's an extraordinary event, and we still don't understand how it gets so bright," Smith said.

While there are still many unanswered questions, scientists are excited about the recent discovery of antiparticle beams directed down to Earth - though no one is certain what it means for the future.