Robotic scientist John Amend breaks the traditional form of robots by making Versaball, a beanbag like robot which performs its duty so well.

John Amend was interested in robots since his school days. But his interest went in a different way. He took interest on the natural robots, which didn’t look like a mere metal human body, but as natural things. The pack mule made by the Boston Dynamics inspired him very much.

Amend started with soft and unorthodox robots in the laboratory of professor Hod Lipson. In 2010, funded by DARPA and iRobot, Amend started his dream project of making jammable grippers. The results of early experiments were much effective and covered by the Scientific Journals. This project generated great enthusiasm among the fan of robotics and encouraged him to create more active robots or grippers. 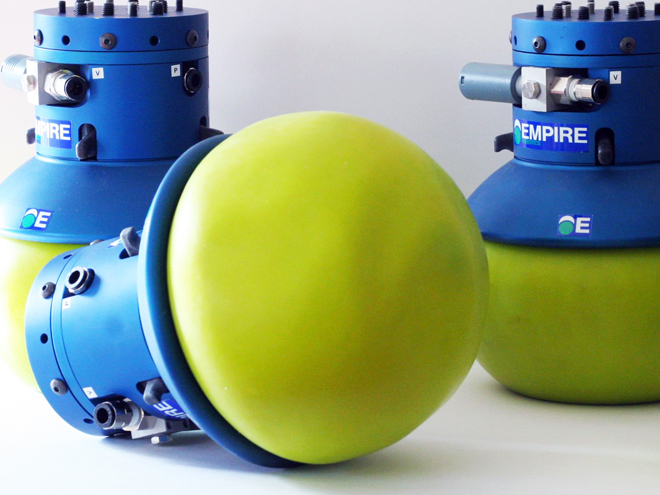 Amend now joined with Cornell’s tech transfer office and a MBA of the same institution to make his dream project. Since January 2013, these two attempted to make balloon like membranes that could withstand industrial use and an engineering grade granule that could replace Folger’s Crystals. Undoubtedly, the project became successful and they are now thinking of the create market for their robots.

However, the name of this new robotic figure is Versaball that can lift up to 20 pounds of weights, and can handle light bulbs as well. This robot looks like a pumper. The upper portion of the robot is looking like a blue kitchen chimney and the lower part looks like a green balloon. A white plastic panel is provided with it, which has a switch and a holder to hold light bulbs. The human side of this project is that the robot will help people having an upper limb injuries to lift anything.