The owners of this Ostbevern bed and breakfast saw other possibilities for the huge barrels used to age and transport beer – so they transformed one into warm and cozy bed.

Potts Naturpark Brauerei is located in North Rhine-Westphalia, Germany and exists from the beginning of 19th century, supplying Germans (and not only) with quality beer since then. The owners of this Ostbevern bed and breakfast saw other possibilities for the huge barrels used to age and transport beer – so they transformed one into warm and cozy bed. 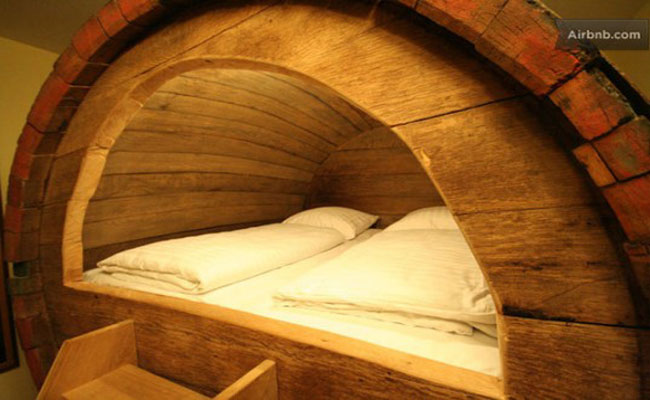 This wooden barrel was in use from the 19th Century until 1995, for more than a hundred years. A half-circle of the end cap has been removed, and a platform with a double mattress was installed inside of it. Clients climb inside the transformed beer barrel using a ladder with few rungs, similar to the two-level beds. Inside, the arched ceiling is confining to say the least, but there is enough space for two people or a couple. This interesting hotel has total of three beer barrel rooms, with two additional beds  and a 32 "flat screen TV, DVD, free internet access, a phone flatrate and a shower with massage jets in each room. 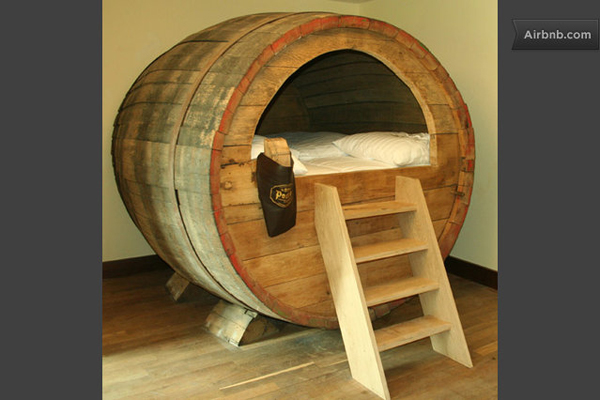 Before climbing into the barrel, guests can also take a jaunt down to the property pond for different barrel experience – another 19th Century barrel has been converted into a barrel sauna that offers guests a little relaxation before sleeping.