The little buzzers stopped flying and stayed silent during the last solar eclipse in 2017.

Be it the colonial structure of their organization or their different dances performed to convey the location of food, these tiny black and yellow creatures never fail to amaze us with their way of living.

During the solar eclipse of 2017, scientists identified one more mystifying behavior of the honeybees as their movement and buzzing were abruptly silenced during the period of total solar eclipse.

A quick look at the scientific experiment

Over the past decades, zoologists and scientists curious about the study of animal behavior have always delved into the depths to investigate about the behavioral patterns of fishes, chimps, birds and other organisms of the Kingdom Animalia. But not much is explored about the residents of the Phylum Arthropoda, which happens to be the phylum with the largest number of inhabitants in the Animal Kingdom.

The recent scientific experiment, however, is an effort in this direction.

During the total solar eclipse of 21 August 2017, research scientists of the University of Missouri decided to plunge into interpreting the behavioral pattern of honey bees.

They took the benefit of citizen science and approximately 400 scientists including citizen scientists and students organized 16 acoustic monitoring systems that covered three US states namely Oregon, Idaho, and Missouri completely.

The step up was laid down to record and listen to any buzzing.

The system was equipped with tiny USB microphones and had been recently field tested by Candace Galen, a biologist at the University of Missouri, during the research on pollination activity through listening to bee buzz.

The system was set up in an area that was completely isolated from human influence so according to the research team, it seemed to be the ideal match combined with an optimum amount of light and temperature.

The experience during the big solar occurrence

While mankind was marveling the serenity of the mega event and was spellbound by the event, bees went completely in hushed mode.

After the ending of the mega occurrence, all the systems were relocated to Galen's lab to check on the buzz data. The time was matched with the time of the solar eclipse to listen to the recorded voice of bees. 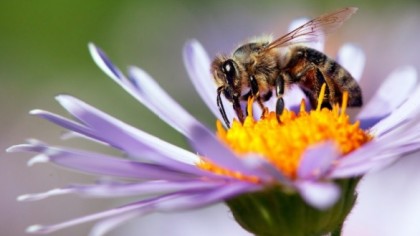 "We anticipated, based on the smattering of reports in the literature, that bee activity would drop as light dimmed during the eclipse and would reach a minimum at totality," Galen said. "But, we had not expected that the change would be so abrupt, that bees would continue flying up until totality and only then stop, completely. It was like 'lights out' at summer camp! That surprised us."

Across all the 16 locations, just one single, lonely bee buzz was recorded during the eclipse's totality.

But the events before and after the eclipse was also pretty intriguing as the bees flew for longer, which according to the biologist depicted as a lower speed of flight. This behavior seems to be a likely elucidation that bees tend to fly at a reduced velocity while returning to their home at dusk.

The findings of this research are published in the journal Annals of the Entomological Society of America.