The new nanoscopic thin-film system developed by the engineers might be the perfect answer to current energy crisis!

We are very well acquainted with the fact that heat is a form of energy. However, in many cases, this heat energy is a bane rather than a boon. The prime example can be seen in electronics as heat.

We have seen this in electronic devices like laptops or phones that heat up under heavy load. For reference, 70% of the energy produced in the U.S is wasted as heat.  This is actually the energy wasted, and recovering the same is often costly!

A closer study of the case found out that most of the heat produced from electronic devices falls under a 100-degree Celsius. A system that can recycle this energy will impact the whole energy scenario of the world in a very good way.

Engineers at the University of California, Berkeley made a huge leap in this regard. They have developed a thin-film system that can be utilized to convert the waste heat into usable energy.

The whole system is possible through a method called pyroelectric energy conversion which works using thermodynamic cycles.  It converts the heat that is below 100 degree Celsius into electricity without any moving parts.

Pyroelectric conversion is a concept that has been talked about before, but due to its low energy conversion ratio, the idea never took off. However, the new nano thin-film developed by the engineers sees an unprecedented increase in efficiency and effectiveness. 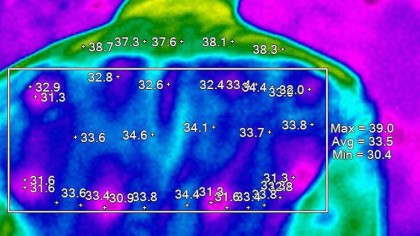 This new technology can be employed on electronics of any kind that produces waste heat. However, the true potential lies in computer and mobile electronics.

"These thin films can help us squeeze more energy than we do today out of every source of energy," said the senior author Lane Martin, Associate Professor of materials science and engineering at UC Berkley.

The thin-film system that is used to harvest the heat energy is just 50-100 nanometers thick and hence can be fitted to complex electronics with minimal or no intrusion at all. With this technology, the team was able to set a new benchmark for pyroelectric physics.

"By creating a thin-film device, we can get the heat into and out of this system quickly, allowing us to access pyroelectric power at unprecedented levels for heat sources that fluctuate over time", Martin added.

The new film gave the following data under test conditions:

For the research team, the next step is to optimize this new technology to gain more efficiency. "Part of what we're trying to do is create a protocol that allows us to push the extremes of pyroelectric materials so that you can give me a waste-heat stream and I can get you a material optimized to address your problems," said Martin.

The research was recently published in the Nature Minerals journal and is providing significant contributions to understand the energy production process using pyroelectric process.

A New Prototype Doubles the Energy Harvested From Ocean Waves