A story surfaced yesterday claiming yet another answer solving the mystery of the Bermuda Triangle.

A new Science Channel documentary places the blame on hexagonal clouds. These uniquely shaped clouds puzzled meteorologists until they realized the clouds' locations. The Terra Satellite detected them over the Bahamas and spotted "hexagon shaped clouds," according to the documentary.

"You don't typically see straight edges in clouds," said Steve Miller, a meteorologist with Colorado State University. "Most of the time, clouds are random in their distribution."

The hexagons ranged in size from 20 to over 50 miles in size. All of the straight-edged clouds were located on the western tip of the Bermuda Triangle. And this meteorological discovery would be incredible -- if everyone agreed there was a mystery to be solved.

The Bermuda triangle refers to a region bordered by Bermuda, Florida and Puerto Rico. Jounalist Edward Van Winkle Jones wrote named the place in the 1950s in a story discussing mysterious disappearances of planes and boats in the area.

However, unlike journalism ethics requires, no one actually fact-checked Jones's story. From there, the story became legend, and the idea boomed with Charles Berlitz published a book about UFOs in the region in the 1970s.

"In some cases there's no record of the ships and planes claimed to have been lost in the aquatic triangular graveyard; they never existed outside of a writer's imagination. In other cases, the ships and planes were real enough – but Berlitz and others neglected to mention that they 'mysteriously disappeared' during bad storms. Other times the vessels sank far outside the Bermuda Triangle."

So how are the hexagonal clouds actually formed? They're called microbursts, and they're blasts of air coming from the bottom of the cloud. That air hits the ocean and creates waves so massive that they interact with each other, normally in straight lines.

The hexagonal shapes aren't limited only to the Bermuda Triangle area, according to the documentary. The team in the film researched similar cloud shapes over the North Sea off the coast of the UK and found similar results.

There may finally be an answer to the mystery that has cost many their lives off of the coast of the Bahamas. Many ships and planes have been known to disappear in the infamous Bermuda Triangle, and now, scientists believe they have found the answer. No, it's not aliens, but it does involve giant craters and explosions of gas. Researchers at Arctic University of Norway believe that large build ups of methane gas in the sea floor triggered violent eruptions capable of sinking ships. 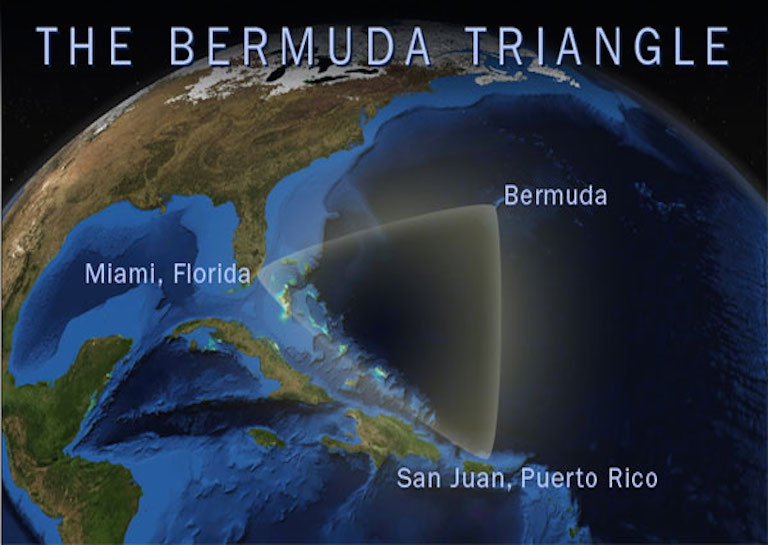 The gas eruptions may not be the whole picture, but due to the numerous craters found scattered throughout the Bermuda Triangle, it is believed that they would be the main cause. The craters would have been left behind from quick release of built up gasses.

The rising gas bubbles would essentially lower the density of the seawater, which would cause ships to sink, or possibly even become enveloped by water depending on the severity of the explosion. The large upward force could also be capable of snapping ships in half through the expanding gas bubble, much like how moored naval mines work. Each crater found in the sea floor was upwards of 45 meters deep and 3/4 of a kilometer wide. These large expanses would have held many thousands of cubic meters of methane, resulting in violent turbulence when released. 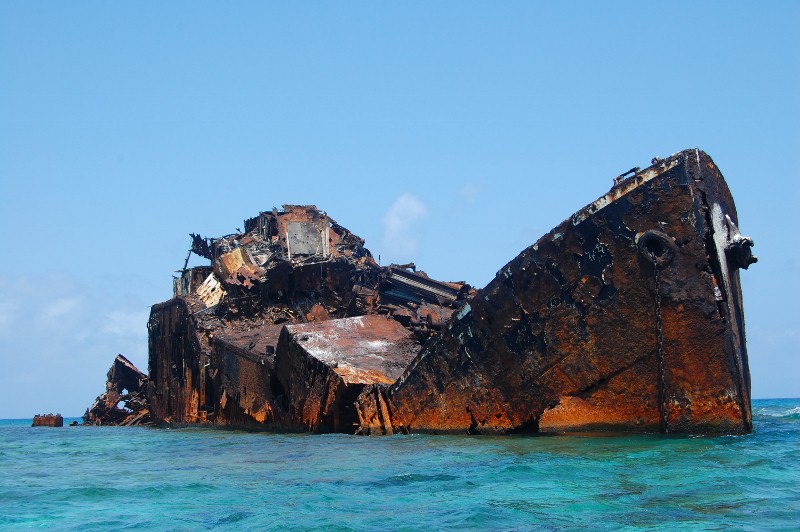 While gas eruptions in the sea explain away the disappearance of ships and other watercraft, the question shifts to airplane crashes. As methane is a very combustible gas, if a plane were to fly through a large enough concentration of the gas, it might combust. These sudden eruptions would also account for much of the mystery surrounding the suddenness of each of the disappearances. In large part, Bermuda Triangle mystery has been intensified by the lack of communication from now missing vessels.

While this is still just a theory, the action of sinking ships through the release of underwater gasses is fully tested and proven. So as it turns out, it probably wasn't aliens responsible for the mystery surrounding the Bermuda Triangle, just a lot of methane gas.