Mars is one of our best options, but there are multiple places in our solar system that could potentially support human space colonies.

We get why colonizing Mars is so appealing. We have even discussed why this could be a great idea. As Elon Musk so cogently put it, "Humans need to be a multi-planet species." Nevertheless, as you have probably guessed, today we are going to look at some of the alternatives to Mars, places which are close neighbors to our home planet and could operate as strategic bases or potential long term homes.

But first, let's get one question out of the way. Why is Mars so appealing?

Mars Colonization: Why is Mars so appealing?

For decades, some have been obsessing over Mars colonization, but for a good reason. The red planet does share some similarities with our current home. Recent studies of Mars have highlighted that the planet probably once had water, along with warmer temperatures and a thicker atmosphere.

As we look in more detail at the planet, astrophysicists have come to believe that Mars experienced serious climate changes, with rocks, sediments, and soil providing clues to the planet's past. Unlocking this past could help humans better prepare for trips in the future. Even more so, these insights could also help us better understand our own planet. So, how closely is Mars related to Earth? 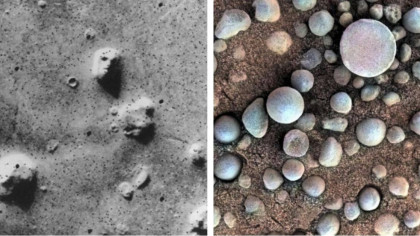 First and foremost, it is the most hospitable planet that we can reach, at the moment. Though we are still working on the logistics of the trip, a trip to Mars would only take around 6-8 months. While Mars is about 1/2 the size of the Earth, it has about the same amount of total land area as Earth's continents.

And the temperatures on Mars are not too extreme, even compared to Earth. If Mars had a thicker atmosphere, its temperature would be closer to Earth's. And what about gravity? Its gravity is 2.7 times less than that of Earth. This is reasonable for living and it makes Mars an excellent base for missions further out as it would be easier for ships to lift off Mars, compared to Earth. However, staying on Mars in the long-term would require some terraforming.

As mentioned above, if Mars' atmosphere were thicker, our space colony on the red planet would have a much easier time. At the moment, Mars' atmosphere is far too thin, making it too cold to support liquid water. However, some researchers and scientists have proposed terraforming, or the process of releasing gases (greenhouse house gases) from a variety of sources on the Martian planet, to thicken the atmosphere and increase the temperature to the point where liquid water can form on the surface.

The bad news is that a recent NASA-sponsored study has made it clear that we currently do not possess the technology to terraform Mars.

Even without terraforming, Mars could still be a good option for a colony. Some people believe that at some point, the Earth will not be able to support life as we know it, or that a cataclysmic event could someday jeopardize life on Earth, similar to what happened to the dinosaurs. These people argue that in order to survive, humans need to become a multi-planetary species. Given this, we are now going to look at some options, both nearby and far off, for places that we could eventually call home or, at very least, use as a base/refueling station on the way to a new home.

Let's start with a place that is even closer than Mars, the moon. The moon might not be the best place to live, compared to some of the other options mentioned on this list, but it does have a lot of advantages. These could eventually make the moon the best option for a future base/fueling station, or even a tourist spot. Elon Musk is one of those who have proposed the idea of Lunar tourism. In 2017, Musk announced a plan to fly two space tourists around the moon by 2023; while Jeff Bezos's Blue Origin is planning to launch its own moon lander in 2023.

In 2018, NASA selected nine companies to participate in its Commercial Lunar Payload Services program, where the agency will buy space on future commercial lunar landers to carry science instruments and other payloads. The nine included companies like Boeing, Lockheed's Martin, Masten Space Systems, and Firefly Aerospace Inc. Moon colonization might be right around the corner. But why?

Aside from tourism, the moon is a good staging post. If you wanted to fly to Mars from Earth, you would need to fly off the Earth's surface at a minimum speed of about 11.2 km per second. This requires large amounts of fuel. However, to do the same thing from the moon only require about ⅓ of that speed, around 2.38 km/sec. Another factor is that there may be natural resources available on the moon which could be mined and turned into rocket fuel. If this is true, a lunar base could be a good place to launch deep space missions.

The moon could help us better understand our planet. The Earth and the moon have an interesting relationship. The moon might even have been formed from a part of the Earth. Regardless, establishing a lunar base could help us better understand our Earth. Secondly, the atmospheric density of the moon is very thin. This could make the moon the perfect place for an astronomical observatory that would allow us to better observe the universe.

The moon could help fuel our lives. Nuclear fusion using Helium-3 has been proposed as a fuel of the future. Unlike most other nuclear fusion reactions, the fusion of helium-3 atoms releases large amounts of energy without causing the surrounding material to become radioactive. While Helium-3 is rare on Earth, it is thought to be abundant on the moon. Companies are already considering trips to the moon to mine the isotope.

The Sirens of Titan: Saturn's moon could become our home too.

Mars gets a lot of attention because of its proximity to Earth, as well as the ideas mentioned above. However, there is also a lot of interest in Saturn's moon, Titan. Titan was a bit of mystery until about 2005. That year, the European Space Agency's Hydrogen probe landed on Titan's surface. Information from the probe led researchers to theorize that Titan could be one of the best places in our solar system for a colony or base.

Titan has much lower radiation. As mentioned above, the Moon and Mars are highly appealing places for future permanent colonies. Yet, there are some serious issues with these potential candidates. One of the biggest problems is solar radiation. Neither place has a thick enough atmosphere to prevent lethal levels of radiation from reaching the surface. That is where Titan steps in. Aside from Venus, Titan has the densest atmosphere of any rocky body in our neighborhood, which could keep a colony safe from lethal levels of solar radiation.

Titan has all the fuel a colony would need. On Titan, there are thought to be large areas of liquid hydrocarbons, some in the form of methane and ethane seas. These could be used to help sustain colonies on the planet, while Titan's oxygen-free atmosphere prevents these "oceans" from being flammable.

Titan has water, comfortable air pressure, and lots of building materials. The water might not be the most accessible, but it is likely there. Although the water on Titan is frozen solid, researchers do believe that there is plenty of water on the surface and locked in the rocks beneath the surface. Just as importantly, Titan could provide vast resources needed for the construction of a base, as well as possible access to other nearby resources from Saturn's 62 moons.

A space colony on Venus would not be as bad as you think.

Yes, the surface of Venus sounds absolutely terrifying. However, despite the acid rain, the clouds of Venus effectively block solar radiation. In fact, besides the Earth, the upper atmosphere on Venus is one of the most habitable places in the solar system, and could the perfect place for a floating space colony. At an altitude of about fifty to sixty kilometers above the surface, the atmospheric pressure is near one bar, and temperatures range between 0 to 100 C. There is also plenty of solar energy, and raw materials in the form of carbon, oxygen, nitrogen, and hydrogen. Are you convinced yet?

We would create a giant balloon-like floating city. This may not be as crazy as you might think. Think of it like Lando Calrissian's Cloud City in Star Wars. This hypothetical, pressurized balloon city would float about 50km above the surface of Venus. The gravity and air pressure would be similar to that on Earth and would have temperatures of around 27 °C.  Venus also has gravity similar to Earth's, and the thick atmosphere would protect from radiation. There may also be abundant resources that could be used to support a floating city if they can be reached.

Where else could we go?

We could create underwater habitats on Europa. This might seem a bit crazy, but bear with us. On paper, Jupiter's moon does not look that appealing. It has only 13% of Earth's gravity, barely any air pressure, and an average temperature of about -260°F. But, do not give up yet. Due to the cold temperatures, the surface of Europa is ice, but underneath that ice, there may be a liquid ocean. Due to Jupiter's intense gravitational pull, these oceans could be habitable.

We could also eventually make our way to the exoplanets. However, we are still decades away from this type of technology. The best approach is likely to be to work with what we have in our solar system and build from there. Where do you think we should colonize? Where and when do you think humans will have their first space colony?

For more articles on space colonization, be sure to stop by here.