One of the most notable names in space exploration is Sally Ride. (It also helps she had a song made popular by Al Green as her unofficial theme song.) However, it can be tempting to overlook the significant achievements of other women in aeronautics and space travel. While most people can rattle off at least three male astronauts or cosmonauts, the answer"Sally Ride" typically covers the public's knowledge of female explorers.

Ride was the first American astronaut in space, but few know the name of the woman who predated her to the stars by nearly 20 years.

Here are more incredible women in the history of space exploration: 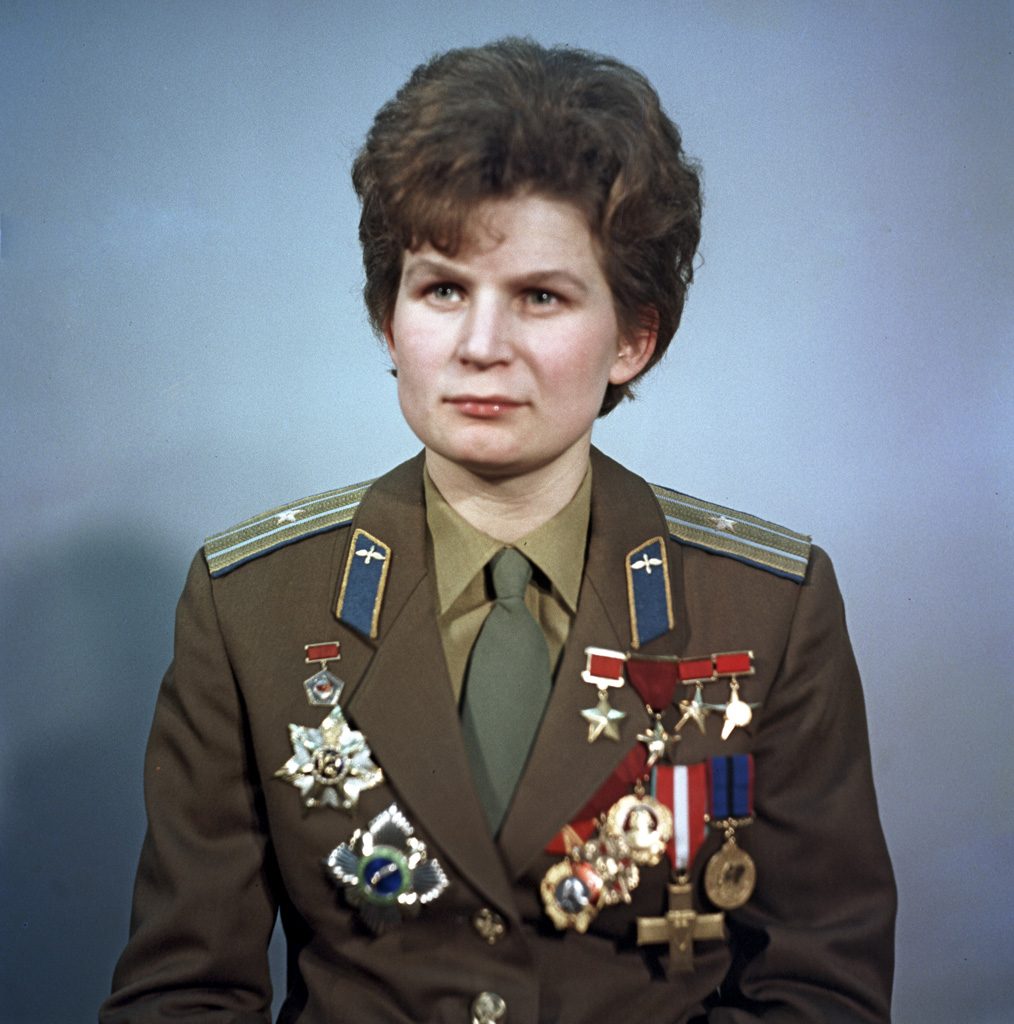 The program selected her out of 400 applications, and candidates were to have extensive experience as a parachutist.

Tereshkova also became the first civilian to fly in space by default, as she had to be honorarily inducted into the Soviet Air Force before joining the cosmonaut program. History also remembers her as one of the youngest people in outer space ever. She was just 26 years old when she successfully flew in the Vostok 6 program.

Unlike other space explorers, Tereshkova's education background came after her flight. She earned a doctorate in engineering in 1977. She also served in several political positions after her flight. She retired from the Russian Air Force in 1997. Throughout her political career and thanks to her international recognition, she represented the Soviet Union abroad for decades.

Anousheh Ansari is the first Iranian in space. She's also the first self-funded woman to visit the International Space Station.

Born in Mashad, Iran, Ansari and her family moved to the United States in 1984. She's fluent in English, Persian, French and Russian for the sake of her flight to the ISS. Known for her business savvy, Ansari and her brother-in-law Amir Ansari made a massive contribution to the X PRIZE space exploration foundation. Ansari, a supporter of privatizing space trips, looked to commercialize independent trips to space. Naturally, she saw the opportunity as a business venture as well as the trip of a lifetime.

Ansari flew via Space Adventures Ltd to the ISS. She told Space.com:

"I hope to inspire everyone—especially young people, women, and young girls all over the world, and in Middle Eastern countries that do not provide women with the same opportunities as men—to not give up their dreams and to pursue them... It may seem impossible to them at times. But I believe they can realize their dreams if they keep it in their hearts, nurture it, and look for opportunities and make those opportunities happen."

Geraldyn "Jerrie" Cobb expected she would go into space. Cobb was one of 13 women selected to participated in the Mercury 13 trials. These privatized, non-NASA trials were to rally support for women to fly alongside the male Mercury program participants.

Cobb came from a family who flew frequently. Her father was a pilot, and Cobb flew her first aircraft when she was just 12 years old. She took a job barnstorming and dropping news leaflets at 16 years old.

Nearly all of the women of the Mercury 13 program completed the trials set forth by their male counterparts at NASA. However, they couldn't rally enough support in Congress to continue. Cobb testified at the same Congressional hearing as astronaut John Glenn, who did not want women in space at that time.

Cobb then abandoned her spaceflight attempts, despite her qualifications. She spent 30 years as a humanitarian pilot, delivering supplies to remote areas. 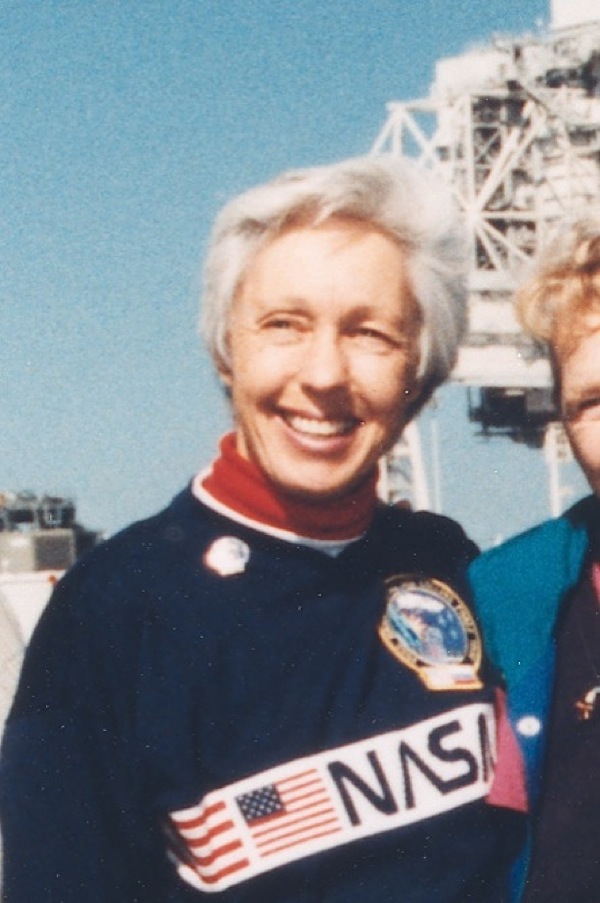 Another member of the Mercury 13, Mary Wallace "Wally" Funk held significant records of her own. The New Mexico native flew her first solo flight at the age of 16. She enrolled in the aviation program at Stephens College shortly after. She became a professional aviator at 20 years old.

Funk volunteered for the Women in Space Program in 1961. During her physical training with Mercury 13, she spent time in a sensory deprivation tank. Funk lasted in the tank without hallucinating for 10 hours at 35 minutes. She outscored astronaut John Glenn in her tests. However, the Mercury women never got to see space time as the project was canceled before the women endured their final tests.

After the Mercury 13 group was disbanded, Funk became a Goodwill Ambassador and became one of the Federal Aviation Administration's flight instructors. She also became the first woman to finish the FAA Generation Aviation Operations Inspector Academy in 1971.

Mae Jemison became the first African American female astronaut, but was known as one of NASA's most brilliant minds. In addition to earning her BS in chemical engineering from Stanford, Jemison fulfilled the requirements for an Afr0-American studies degree. She knows three other languages (Russian, Swahili and Japanese), collects African art, reads voraciously and even enjoys weight training. She's also an avid dancer.

Not only did Jemison hold the credentials to get her to NASA, she also received her Doctor of Medicine degree at Cornell Medical College in 1981, making her one of only a few astronauts to also be an M.D.

She developed a passion for space at young age, and that desire continued to grow as she learned more about the opportunities. She grew up watching Star Trek, and noted that Lieutenant Uhura inspired her to pursue space exploration despite undertones of racism and sexism.

"I always assumed I'd go into space," she said in a 2004 interview. "I thought, by now, we'd be going into space like you were going to work."

Jemison left NASA in 1993 to explore the social implications of human interaction with technology. She currently serves as Professor-at-Large at Cornell University in the U.S. 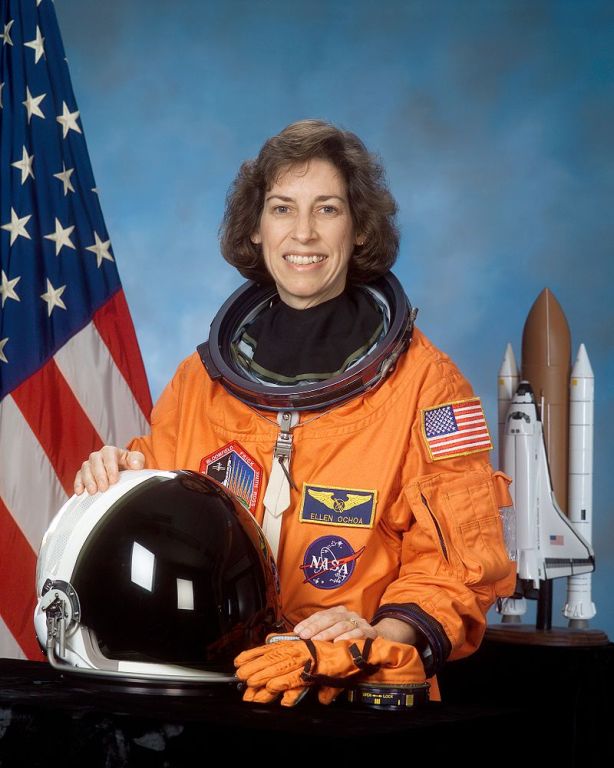 In 1993, Ellen Ochoa made headlines as the first Hispanic woman to ever go into space. Ochoa grew up in a modest background and to parents with a solid work ethic but not much educational history. Ochoa earned a master of science degree followed by a doctorate in electrical engineering from Stanford in the 1980s.

She flew aboard the Discovery space shuttle as the payload commander. In total, Ochoa logged almost 1,000 hours of flight time in space.

Not only did Ochoa serve on the Discovery mission, she also patented technology for NASA. She developed an optical system to identify repeating mistakes in a system. She holds three patents for optical systems all used by NASA.

She currently serves as Director of the Johnson Space Center.

Eileen Collins will go down in history as NASA's first female pilot and first female commander in the Space Shuttle program. Over her space career, she logged 38 days 8 hours and 10 minutes.

A daughter of Irish immigrants, Collins knew she wanted to be a pilot at a young age. She holds a number of degrees, including a master of science degree in operations research from Stanford University and a master of arts degree in space systems management from Webster University. After graduating from Syracuse, she became one of four women to join the Undergraduate Pilot Training at Vance Air Force Base.

NASA selected Collins to pilot the STS-63, a rendezvous flight between Discovery and the Russian Mir station. She also became the first pilot to successfully maneuver a complete 360 pitch during a flight to the International Space Station.