Bigger is Not Much Better When it Comes to Brains, Finds New Study

A bigger brain could in fact mean you are more intelligent, according to a new study, but definitely not by much. Instead other factors influence smarts.

University of Pennsylvania researchers teamed up with researchers from Vrije Universiteit Amsterdam, to tackle one age-old question; does a bigger brain indeed mean that a person is more intelligent? 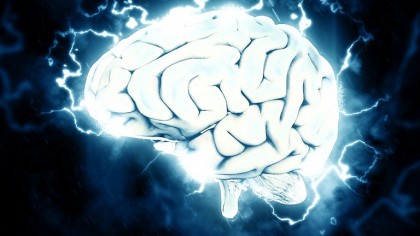 This question has been asked and touched upon in science for 200 years but with little to know true insight. The research team may have clarified the connection.

Maybe you have a big brain or a big head and have used that as a talking point of pride to highlight your vast intelligence and ability.

Today will finally answer that question of whether or not there is truly a correlation between brain size and smartness. You may be surprised to discover the answer, depending on how big your brain is (joke intended!).

A Study For Big Brains

With a powerful MRI device, the UPENN and Amsterdam team measured the brain size of more than 13,600 people and proceeded to test their cognitive performance and education performance.

And, yes like other smaller studies there seemed to be some positive relationship between a participants brain size. Nevertheless, that ‘intelligence level’ isn't as big as you think.

Brain size does not paint a full picture of intelligence researchers discovered. As described by Gideon Nave, assistant professor of marketing at UPENN’s  Wharton School, “On average, a person with a larger brain will tend to perform better on tests of cognition than one with a smaller brain.”

He continues by saying, “But size is only a small part of the picture, explaining about 2 percent of the variability in test performance. For educational attainment, the effect was even smaller: an additional ‘cup’ (100 square centimeters) of brain would increase an average person’s years of schooling by less than five months.”

In short, Gideon implies that brain size only could count for 2% of intelligence while the remaining 98% could be from other factors.

There are countless things to consider sex, age, height, socioeconomic status, etc. For example, those who tend to be taller tend to have higher cognitive performance. Nevertheless, it is a big of enough correlation in the study.

This study confirms how tricky it is to truly measure cognitive performance and implies brain size might not be the deciding factor.
So if you do believe you have a bigger brain, do what you want with this information but keep in mind there are tons of other things that could be contributing to your smartness.