The Biggest 3 Natural Disasters Ever Recorded in Terms of Energy 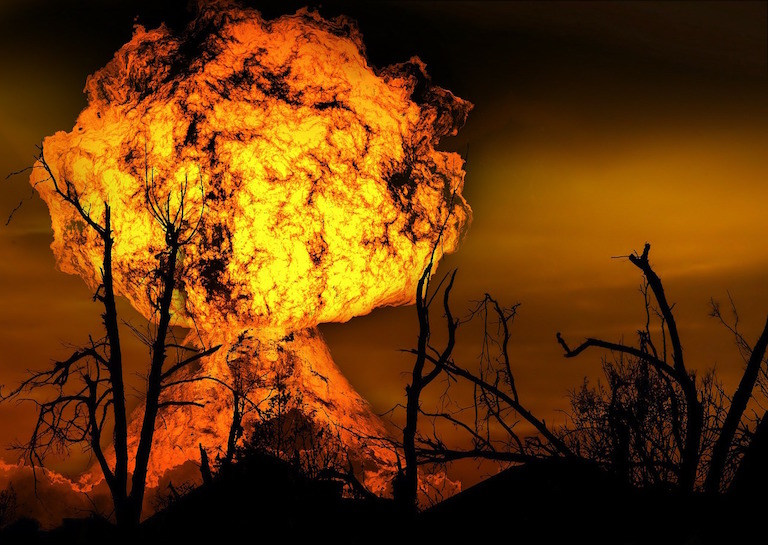 Super Typhoon Nancy is the most powerful typhoon ever recorded in human history. It struck land in 1961 with wind speeds of 215 miles per hour or 346 kilometers per hour. It made landfall in Japan as a Category 2 in September of 1961, killing 191 people directly. The estimated damage from the storm was $500 million in 1961 USD. Estimates from the National Oceanic and Atmospheric Administration (NOAA) calculate that average hurricanes generate 600 trillion joules per second from rain and cloud formation and 1.5 trillion joules per second as kinetic energy from winds. This total average amount of energy equates to 200 times the total worldwide electrical generation capacity. There's no accurate way to predict the energy released from Super Typhoon Nancy, but once you grasp the average estimates, you can begin to understand how powerful the biggest cyclonic storm ever was.

Looking at earthquakes, the most powerful earthquake to strike Earth in recorded history is a magnitude 9.5 that hit Chile in 1960. According to IFL Science, this would have equated to 8.3 quintillion joules of energy released in seconds. When looking at the moment magnitude scale for earthquakes, the difference between the different ratings isn't linear. In fact, an M2 earthquake is 30 times more powerful than an M1 quake.

Earthquakes release energy fast, as opposed to hurricanes or typhoons that release it over time. Comparing the one time 8.3 quintillion joules of energy released from the Chile quake in under a minute to the roughly 600 trillion joules per second from an average hurricane, hurricanes end up being much more powerful due to their length of application (~24 hours).

Volcanic eruptions are the next natural disasters that have the capabilities of releasing huge amounts of energy. In terms of energy released per second, Volcanoes have every other natural disaster types beat out due to their explosive nature. The most powerful eruption in the observable history of our planet the eruption that created the La Garita Caldera. While this eruption happened an estimated 500 million years ago, we know it took place due to the caldera in Colorado. This would have spewed 1,200 cubic miles of lava and ash in about a day. This eruption would have released 1,050 quintillion joules of energy, easily topping the list for most powerful natural disaster.