The billionaire founder of Microsoft took to Twitter to congratulate the AI research firm on its latest video game win.

Bill Gates took to his Twitter account on Tuesday to praise Elon Musk co-founded non-profit artificial intelligence (AI) research company OpenAI on its latest video game achievement. The firm built a team of bots that beat humans at the game Dota 2, a feat that Gates called "a big deal."

In a video published on YouTube by OpenAI on Monday, machine learning engineer Christy Dennison explained why the win was so impressive. “Dota is one of the most popular and challenging competitive video games ever. Playing Dota means you have to coordinate and focus as a team of five."

Dennison revealed her team had been successful at beating the world’s best players in one-on-one games last year but never in teams. To achieve this next goal they built a complex AI system of bots and spent months training it. 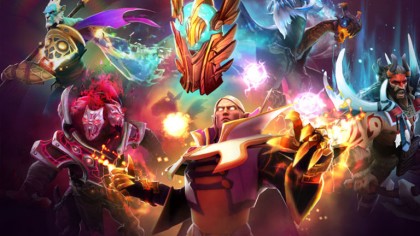 The complexity of the system referred to Gates's tweet explanation that winning a team game "required teamwork and collaboration – a huge milestone in advancing artificial intelligence." The project is proof that robots are capable of cooperation.

OpenAI's team is now seeking to hone their AI bots to beat Dota professionals at the game's world championship called The International held in August. “We are still far away from beating pro teams but I think everyone here was surprised to see this,” said Dennison.

A statement by the company revealed the team is now looking beyond the use of their system in simulations to exploring its potential application in real-life scenarios. "Ultimately, we will measure the success of our Dota system in its application to real-world tasks," reads the statement.

“Overall what we are excited about is that the training method we use is very general. We are focused on learning Dota, but we are hoping that this will give us more and more insight about how AI can solve complex problems of any kind,” Dennison further explained in the video.

In an additional tweet, Gates also praised the research firm's other initiatives as well as its mission to see AI help people. Open AI refers to itself as a "research company, discovering and enacting the path to safe artificial general intelligence."

This is just one of many amazing projects I had a chance to see at @OpenAI, where they’re working to ensure as many people benefit from AI as possible. This is an incredibly important mission, and I’m excited to see more of their work.

Musk left OpenAI’s board last February to “eliminate a potential future conflict” with Tesla's involvement in AI, however, the co-founder does “continue to donate and advise the organization."