As the world casually got on with their usual activities last weekend, the STEM community took a different avenue and flooded Twitter's online traffic by tweeting about themselves using the hashtag #BillMeetScienceTwitter. This social media trend was aimed to catch Bill Nye's attention, the Science Guy with a Netflix show entitled "Bill Nye Saves The World". Now, if you ask someone from the STEM community, like us, if this is a worthwhile hype to get involved in then the answer is a resounding YES! Why you may ask. Well, first of all, it's such an incredible way of finding out about others who do extremely interesting work in the field of STEM. Check out some of these cool people.

Hi @BillNye, I study the symmetries of nature and the structure of spacetime in quantum field theory. #BillMeetScienceTwitter pic.twitter.com/Hta1gVgMCo

Hi @BillNye I'm a volcanologist and I study how the ocean influences the dynamics of submarine volcanic eruptions #BillMeetScienceTwitter pic.twitter.com/OpoO2uOC8l

Fascinating. But why did these people really took the online stage and trolled the Science Guy with their job roles and the impact their science has to the world? Despite having the "Science Guy" status, plenty of scientists and critics say Nye lacks scientific pedigree and doesn't actively engage with everyday scientists. So, to make a loud point that the scientific field is more than just hosting a mediocre science show in Netflix, people took the matter into their own hands and tweeted about their real science background with utter politeness.

https://t.co/sbqvGfvDRJ "That moment you realize that Miss USA is more of a sceintist than that cuck, Bill Nye."

Bill Nye + Neil deGrasse Tyson = scientists w BIG following… but do they really engage with public or do they just preach?

@biotweeps And I don't think they do enough to engage/bring other scientists up with them, particular with calls for more diversity

A lot of Nye's critics questions his academic background and experience as he is socially dubbed as a "science communicator". Bill graduated from Cornell University with a bachelor's degree in mechanical engineering back in 1977 and worked for Boeing as an engineer for a few years. Why didn't they just call him the "Engineer Guy"? That would have set records straight but probably won't gather many audiences as the word engineer isn't to everyone's taste. 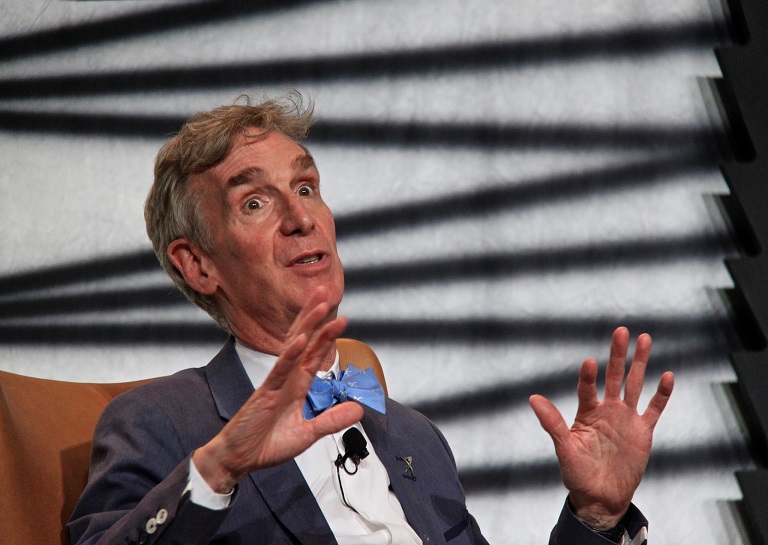 The amazing revelation about this whole social media noise is that the STEM community has proven they are learned with good manners by emphasizing their point in a civilized fashion. It was done with taste and politeness - something that is almost rare nowadays in the zone of social media criticism. And to politely acknowledge this stream of scientists who went out of their way to re-establish the substance of science, Bill Nye has this playful computational fluid dynamics response.

I see you, Science Twitter. You are the aerodynamic laminar flow beneath my wings. #BIllMeetScienceTwitter

The real scientists have responded back to Nye and this time, they have expressed their delight and appreciation for Bill's recognition of the men and women in science.

@BillNye Thanks for responding and highlighting some of Twitter's awesome science folk! #BillMeetScienceTwitter

@AstroKatie @BillNye I agree! I hope he continues to do so. This was meant to bring scientists together, not bully Bill as some articles have suggested.

@BillNye You are the Bernoulli principle to our foils, Bill

For the most part, this whole social media trolling turned out to be a positive highlight to the STEM community as many who are involved in serious science projects had the chance to expose themselves. Apart from learning about the everyday work of those real scientists, some spectators had a great time sitting at the back seats and watching the whole thing unfold before their eyes.

I don’t know why/how started. But what a great way to find new accts to follow! ❤️???? #BillMeetScienceTwitter

Scrolling thru #BillMeetScienceTwitter realizing there are a whole group of intelligent women in science my daughter should know about.

Love seeing the scientists and engineers on #BillMeetScienceTwitter Communicating science is an under-appreciated skillset. Keep it up!

Some celebrities say that bad publicity is good publicity and maybe this whole online uprising is a good example of that. In a way that someone's incorrect job title brought the STEM community closer.