Billionaire Gives Away 1,000 Cars as Holiday Present to Staff 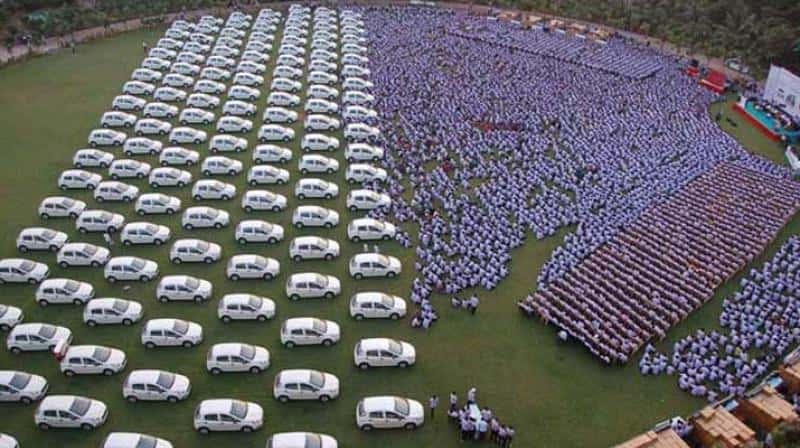 One Indian billionaire made the holiday season extra special for his staff.

Surat-based diamond tycoon Savji Dholakia gifted over 1,000 cars and 400 apartment suites to staff who performed well. The giving came during Diwali, the Hindu Festival of Lights celebrated on Oct. 30 this year.

Hari Krishna Exports diamond company will take on part of the loan installments on the cars and apartments for five years. Those who already own a car got the flats; those without vehicles got the cars. Over 1,700 of his staff were selected for their performance.

In addition to this year, Dholakia gave away 490 cars and 200 apartments to employees last year.

The business is worth over 6,000 crores (nearly $1 billion USD). Dholakia previously made regional news for very publicly sending his son outside of the company to find his own job.