Details of Cuban's software project, Mercury Protocol, were recently unveiled. The software is is being heralded as the best response to cybersecurity issues affecting social media and app users.

A team backed by American entrepreneur and investor Mark Cuban recently unveiled its new Mercury Protocol project. Once you get past the intimidating name, there are a number of benefits and options to explore within the new software concept.

Essentially, the target of the new software is messaging apps, for which a consolidation and reintegration of communication platforms is envisioned. At first glance, however, the chart outlining the concept resembles a (slightly intimidating) professional organization chart. A white paper is also included to explain in further detail the reasoning behind and design of the software.

The information is built as a blockchain, a technology which is at the forefront of cyber security. It centers around the concept that users will not have to disclose personal information to complete any of a number of transactions. Private key cryptography is the feature that makes the difference. For many, this software is being seen as the social media and application equivalent of bitcoin currency.

In outlining the advantages bitcoin—the cryptoccurency supported by blockchain technology Marc Andreessen, a US-entrepreneur and investor on the same footing as Cuban, stresses:

The creates secure transaction records across multiple computers—and will allow users to participate without having to give away personal information about themselves.

Dust, also backed by Cuban, has been selected as the first app which will utilize the software. In order to help users understand how it all works together, Mercury Protocol has set up a list of scenarios based on three categories: 1-to-1 conversations (Announcements), 1-to-Many and Many-to-Many (Discussions). Broadcast is also under consideration as a target.

Both apps—also created with the backing of Cuban—are relatively new and well-known for their security features. Screenshots created with Dust, for instance, contain no information that identifies the user, and what’s more, messages are encrypted end-to-end and quickly deleted after they are read. 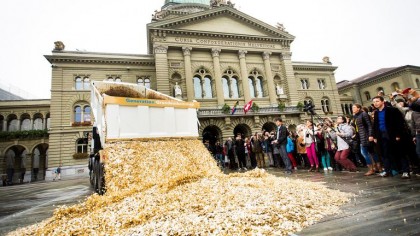 Cuban sees this project as a way to unite the software with his brainchild, Dust:

"With texts, emails, snaps, tweets, you lose control and ownership of the message the minute you hit send. The person you send it to, or the platform takes ownership, forever...[t]hat’s a risk I don’t think is worth taking and with Cyber Dust it’s not an issue." It looks like there is no limit to the innovations we will continue to see on the front of cybertechnology.

Via: Mercury Protocol, The Next Web, New York Times