Bioengineered Skin With Hair And Glands Now A Thing

Scientists in the past have been able to bioengineer a number of different types of tissues in the lab but there are still a large number of obstacles to overcome. Prior to this new breakthrough, skin tissue was not fully functional, meaning it lacked the ability to regulate temperature. The skin tissue that was bioengineered prior to now was composed of epithelial sheets but they lacked oil-secreting and sweat glands, so they were not able to carry out the important functions of skin. That has all changed with this latest breakthrough. 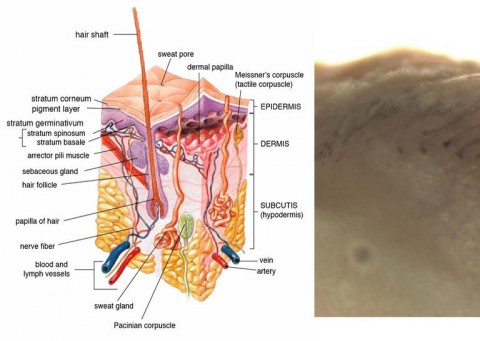 A multi-disciplinary team in Japan has just made such a breakthrough. The team was led by Dr. Takashi Tsuji from the RIKEN Center for Developmental Biology in Japan and was supported by collaborators from Tokyo University of Science and other Japanese institutions.

The scientists were successfully able to create skin tissue that contains hair follicles and sebaceous glands. This skin tissue was then implanted into living mice and the tissues formed connections with other organ systems such as nerves and muscles. This research article first appeared on the Science Advances website on April 1, 2016. This work is revolutionary and opens the door to future skin replacement for burn victims and other skin disorders. This scientific advancement replicates the function of normal skin tissue. It's quite unbelievable isn't it?

Dr. Takashi Tsuji of the Riken Center for Developmental Biology in Kobe, Japan used stem cells to create the skin’s layers. The technical term for the stem cells they used is reprogrammed iPS cells. Dr. Tsuji's team took cells from mouse gums and used chemicals to transform them into stem cell-like iPS cells. Then they cultured these cells which formed into embryo-like cells. They transplanted these cells onto mice where they differentiated and turned into functioning skin tissue. Once the skin cells had differentiated and formed tissue, they were transplanted from these mice onto different mice, where they began to grow naturally with follicles and glands and develop connections with nerves and muscles. This is the first time that bioengineered skin has been able to grow as naturally as normal non-transplant skin. 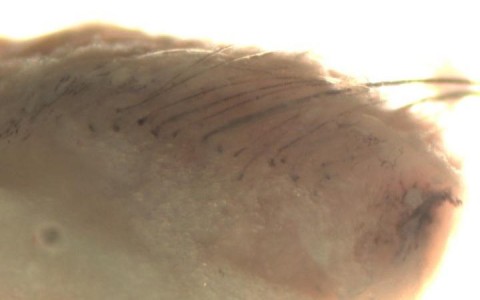 "Up until now, artificial skin development has been hampered by the fact that the skin lacked the important organs, such as hair follicles and exocrine glands, which allow the skin to play its important role in regulation. With this new technique, we have successfully grown skin that replicates the function of normal tissue. We are coming ever closer to the dream of being able to recreate actual organs in the lab for transplantation, and also believe that tissue grown through this method could be used as an alternative to animal testing of chemicals." -EurekAlert website

With each new scientific breakthrough, it feels like we are coming ever closer to the reality of cyborgs. I know that functional cyborgs are a ways off, but what will our world look like in 2050? What new breakthroughs will happen next year? How about in ten years?