An Australian biohacker implanted his travel card's chip into his hand to speed up his everyday commute. But this is only the second most bizarre thing about him. The biohacker goes by his legal name of Meow-Ludo Disco Gamma Meow-Meow. Yes, the bio-hacking we understand but some other things just leave us perplexed.

The Australian city of Sydney uses a contactless smart card called Opal, which works in the same way as London's Oyster card or Singapore's EZ card. Meow-Meow trimmed down his Opal card's near-field communication (NFC) chip and encased it in a 6-by-10 mm bio-compatible plastic. The bio hack enthusiast then had the chip implanted just underneath the skin on the side of his left hand. According to Meow-Meow, having the chip inside his body gives him a convenient advantage over everybody.

"It gives me an ability that not everyone else has, so if someone stole my wallet I could still get home." 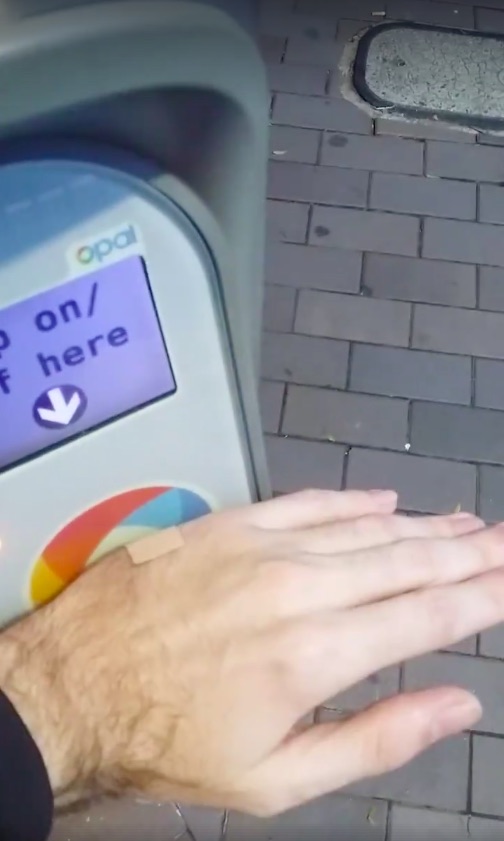 However, when Meow-Meow goes through the scanners, he is required to scan his hand a few times because the chip has a reduced antenna. He also has to scan from a close distance of around 1 cm whilst normal Opal cards can be read by the scanners from a longer reach. A statement from the New South Wales transport authority, Opal's managing body, was released emphasizing that alterations to the travel card may result in its cancellation. Moreover, changing the attributes of the card may also cause it to be dysfunctional.

"Transport for NSW does not support the tampering or damaging of Opal Cards, which would be a breach of the terms of use. Customers that are caught tampering with their Opal card may have their card canceled. Changing the physical attributes of the card may impact the reliability of the Opal card".

Biohacking is the future

Body implants are nothing new. Foreign objects are sometimes required to be implanted into and individual's body for medical reasons. For example, heart pacemakers and IUD's (birth control or contraceptive) are common medical, body implants. And in Meow-Meow's opinion, this kind of body augmentation follows the same concept as the medical implants.

"Putting technology into the body is not unusual. While one might be for birth control, which we've decided is pretty OK, this one is to make catching public transport easier".

On top of his Opal implant, Mr. Meow-Meow also has other two NFC chips inside his hand and arm, one of them is where he stores his documents. He believes that this kind of biotechnology is the way forward, making it extremely efficient when giving out one's personal details.

"If I could go to a government department and swipe my hand, that would make accessing these services a lot easier".

Meow-Meow is a co-found of Australia's first open access molecular biology laboratory called Biofoundry. The group conducts a monthly "hack days" event where other biohackers could come along to share and learn new biohacking skills. It's also an event to work on various projects with fellow biohackers.

Do not try biohacking at home

The biohacker strongly discouraged anyone who is thinking of implanting themselves DIY style. "Most certainly don't try this at home unless you know what you're doing", he said. Biohacking has numerous body impacts such as the development of bacterial infection, just like with every other human operation. In a live Facebook stream, Meow-Meow spoke about his chip implant to answer the many questions that were thrown at him.

This is to answer any questions about the Opal Implant

SEE ALSO: This Company Has Implanted Microchips Inside 150 Employees&#8217; Hands