Gull’s stability during tough wind conditions could inspire a new generation of airplanes.

Science and engineering have consistently looked to nature to improve upon new or existing technology. Biomimicry has helped shape and create some of your favorite everyday products and even services.

Researchers from the University of British Columbia have looked to another animal for innovation; the gull. Most abundant in the Northern Hemisphere, these birds have an impressive flight technique that could be used to improve aircraft design.

As observed by the UBC research team, with a single flex of its elbow join, the gull is able to adapt its wing shape to a various array of gusty wind conditions, something the UBC researchers believe is a simple mechanism that could be recreated on aircraft.

With altering the angle of their elbow joint, gull birds can shift from extended wing configurations to a flexed configuration, basically pulling their wings closer to their body and further back. This simple maneuver gives the bird much more control during strenuous wind conditions.

The discovery brings a lot of excitement to the UBC community because of its potential application.

Published in the Journal of the Royal Society Interface, “While we know birds frequently alter their wing shape, this is the first empirical evidence demonstrating how that wing morphing affects avian stability," says UBC zoologist Douglas Altshuler, senior author on the paper.

He continues by stating “And in this case, the gull's wing design points to a novel, and fairly simple, avian-inspired joint that may enable aircraft to adjust dynamically to challenging conditions." 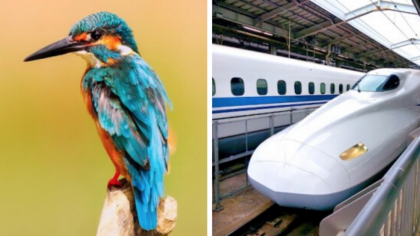 Biomimicry: 9 Ways Engineers Have Been 'Inspired' by Nature

The team made their discovery while testing different wing shapes alongside prepared gull wings over the anatomical elbow range, measuring their performance in a wind tunnel. UBC researchers also took the time to observe gulls in the wild.

“It's not enough for birds to simply produce sufficient lift and thrust. They must also control and stabilize their flight paths to be able to successfully forage and migrate in their natural habitat", says researcher Christina Harvey.

Their findings could help planes with atmospheric turbulence. Nevertheless, the team is working hard to further their research by observing gulls win a wide array of wind perturbations.