This Bipedal Robot Could be the Next Great Delivery System

Cassie was designed to handle a variety of terrain. This makes her perfect for her intended purpose - package delivery. Sure, her makers at Agility Robotics, a subset of Oregon State University's robotics program, want to eventually use her for search and rescue missions. For now, at least, the goal remains as getting Cassie to deliver packages door-to-door.

"If we really understood how to implement dynamically capable legs, there would be so many applications for them, including search-and-rescue, exoskeletons, powered prosthetic limbs, and package delivery." 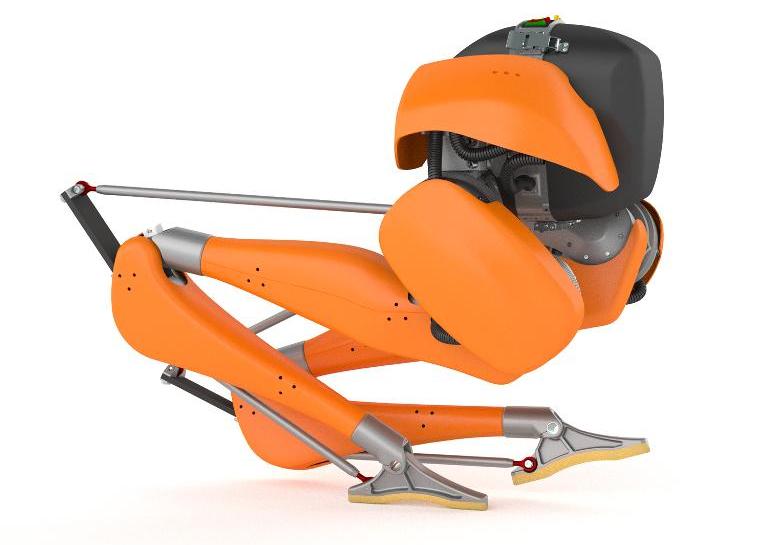 In the above video, the Cassie system is just three months old. That's an impressively young robot for teaching bipedalism to a system designed from the ground up. Cassie becomes even more impressive when it displays its range of motion on various surfaces.

Agility Robotics consists of robotic engineers very familiar with bipedal bots. The team responsible for Cassie also crafted the ATRIAS robot, the same one that got pelted with dodgeballs in 2015 video. Hurst talked about the ATRIAS shortcomings in an interview with IEEE:

"There were many, many unknowns in the design of ATRIAS. ATRIAS was the first machine to demonstrate human-like gait dynamics and implement spring-mass walking [reproducing the ground reaction forces and center-of-mass motion of human walking], but it was not a practical machine for any use other than science demonstration."

He went on to say that the four-bar linkage of ATRIAS simply wasn't effective. Thus, Cassie's innovative leg configuration provides more efficient movement and natural gait to the robot.

One can easily see the variation in build between that video and Cassie's debut. If you think Cassie moves more like an ostrich than a human, you'd be right. Spectrum noted that Agility Robotics wanted to have an ostrich-like movement for better agility and robust behavior.

Agility Robotics has yet to put out official numbers for cost, but they hope to have each unit under $100,000 USD.

You can watch Hurst's TEDTalk about biologically inspired robots in this video below: