Cryptocurrency Ethereum has surpassed $500 for the first time. Ether is the second largest cryptocurrency by market value.

While most of the world had their eyes on Bitcoin as it continued on its price rise, a lesser known cryptocurrency also been breaking records. Ether, the digital token of the Ethereum blockchain, surpassed $500 for the first time on Monday evening and continued to rise. According to Coindesk, it is currently trading at $630.68.

Ether is the second largest cryptocurrency by market value. Like Bitcoin, it has enjoyed a massive rise in value since the start of the year. It kicked off the year with a value of around $9 USD. Its most recent spike in value could be related to reports that Swiss banking giant UBS will work with other firms and financial institutions to create a platform that aims to make it easier for banks to comply with the recently initiated European Union's Markets in Financial Instruments Directive II (MiFID II). The EU regulatory change aims to make trading within the bloc more transparent. Other firms who will work alongside the bank on the platform include Barclays, Credit Suisse, KBC, Swiss stock exchange SIX and Thomson Reuters. "The news that Ethereum is being used as a base identity layer in conjunction with some of the larger banking giants out there is a positive ratification of the technology," Charles Hayter, chief executive of digital currency comparison site Crypto Compare, told media.

As Bitcoin is adopted by industry Ether will follow

Bitcoin is gaining more and more acceptance into the financial world. On Sunday it made its debut on a major futures exchange. 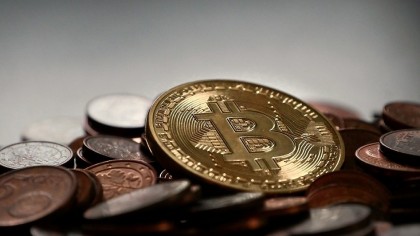 The adoption of Bitcoin by industry experts and systems could pave the way for Ethereum to do the same. "Ethereum as a clear number two in the space is an obvious choice to receive the same treatment and have futures listed. It would be no surprise if these plans were already in the works,” Hayter said. As Bitcoin dominates the news, many first time cryptocurrency investors are likely to look for alternatives to the highly valued coins. Ether provides one option for those looking to get on the wave of cryptocurrenceies. But many industry leaders are still unconvinced that the crypotcurrency boom will last. Even cryptocurrency insiders are cautious of the fast growth. Ethereum founder Vitalik Buterin has suggested earlier in the year that the currencies were ‘in a bubble’. "I indeed think that we are in a bubble because all the cryptocurrencies are rising and people have a feeling that they will always continue to rise. A lot of projects are raising more money than what they would be able to in the normal VC market, and sometimes there is no match between the necessity and usefulness of the project and its ability to raise money. Additionally, this market is still young and people still don't know how to differentiate between projects that will exist in the long term and those that won't,” he said.