While some call it dead, some crypto experts still believe that Bitcoin could reach a value of about 100K a coin.

Perhaps you have used Bitcoin to purchase something recently? Maybe you have been caught up in the hype surrounding the cryptocurrency and have treated the digital coin like a massive investment opportunity? Or, maybe you have heard about the wonders of Bitcoin but are still struggling to fully understand what it is, and why it is so important. Today, you are in luck.

For those of you interested in Bitcoin and have flirted with the idea of using or investing in the cryptocurrency, we are going to break down everything you need to know about the revolutionary digital currency so that you can make your decision.

Since the cryptocurrency’s unprecedented run in 2017 peaking at nearly $20,000 per coin, Bitcoin has been highly debated among financial experts, researchers, economists, and entrepreneurs. Since then the cryptocurrency has floated around $5,000- $10,000 per coin, with investors eagerly waiting for the crypto to make another run again with some arguing the cryptocurrency could eventually reach as high as $100,000 per coin or even more. However, the value of Bitcoin goes far beyond just monetary. Bitcoin is changing the way we conduct transactions across the world.

My 7 year old has been asking a lot of questions this Christmas season and I'm worried that it might be the last year he believes that Bitcoin is real.

Remember when Mufasa was killed in that stampede after asking someone to explain Bitcoin to him?

As stated by Pieter Wuille, “Bitcoin enables certain uses that are very unique. I think it offers possibilities that no other currency allows. For example the ability to spend a coin that only occurs when two separate parties agree to spend the coin; with a third party that couldn’t run away with the coin itself.” However, we are getting ahead of yourself. Let’s look at the basics of Bitcoin.

Bitcoin is a cryptocurrency

Decentralized networks like these are based on blockchain technology, something we will discuss later, making a cryptocurrency like Bitcoin immune to any government interference or manipulation. There are many other cryptocurrencies out there, that include but are not limited to, Ethereum, Ripple, Litecoin, and Tether. Yet, some have gone on to call Bitcoin the father of all cryptocurrencies.

We do not really know who created Bitcoin

The inventor of Bitcoin is a mystery. All that we do know is that the person or persons who created Bitcoin in 2009 goes by the alias Satoshi Nakamoto. Originally proposed by Nakamoto in 2008, the idea behind the cryptocurrency was to create a payment system based on mathematical proof. As described by Coindesk, “...the idea was to produce a means of exchange, independent of any central authority, that could be transferred electronically in a secure, verifiable and immutable way”.

Though there have been claims that Satoshi Nakamoto has been found, to this day no one really knows who Satoshi Nakamoto really is or where he might be from. Nevertheless, it is believed Satoshi Nakamoto is very wealthy as some believe that he has mined as much as 1,000,000 Bitcoins.

The first Bitcoin purchase was used to get some pizza

In fact, May 22 is celebrated as the official Bitcoin Pizza Day. Now, in the early days, Bitcoin was not worth much. In May of 2010, about 10,000 BTC was worth about $41.On the 22nd of May, 10 years ago, Laszlo Hanyecz used those 10,000 BTC to buy two Papa Johns Pizzas. Currently, at the moment, 10,000 Bitcoin is worth about $52 million. Nowadays, you can use Bitcoin in more places around the world, to buy cups of coffee, to book hotels, eat at restaurants, etc. Places like Overstock.com, Expedia.com, and Dish all accept Bitcoin. Take a look around your local area, there might be a place that accepts Bitcoin.

There is a limited supply of Bitcoin

Traditional fiat currencies like euros, dollars, or pounds have an unlimited supply meaning central banks around the world can issue as many as they want, with each currency interplaying off each other’s value in this increasingly globalized world. However, Bitcoin is very different.

Now a small fraction of Bitcoin can enter the market at any given moment, but the overall supply of the crypto will top out at 21 million. In short, the supply of Bitcoin is controlled by its complex algorithm. For those investors out there, this makes Bitcoin a very appealing asset as economic theory dictates that if demand grows and supply stays the same the overall value will increase over time. Some suspect that the final Bitcoin will be mined around the year 2140. Currently there are about 16.7 million Bitcoin units in circulation.

There are specific properties of Bitcoin that make it extremely appealing.

First and foremost, Bitcoin is fast, meaning if you need to complete a transaction across borders the entire process can take minutes compared to days or maybe weeks using traditional fiat currency. This makes the crypto extremely appealing, almost revolutionary in most cases. Secondly, Bitcoin is a secure means of conducting transactions. Cryptocurrency funds are locked in a public key cryptography system.

This cryptography system protects your Bitcoins. Next, another one of the major appeals of Bitcoin is the fact that your transactions or account are not connected to your identity. There are ways to track and analyze the flow of Bitcoin transactions, but it is almost impossible to figure out who conducted the transaction. Finally, Bitcoin transactions can not be reversed by anybody, person, entity, bank, or government. Once a Bitcoin transaction is completed, it's final. This prevents the Bitcoin network from being messed with. 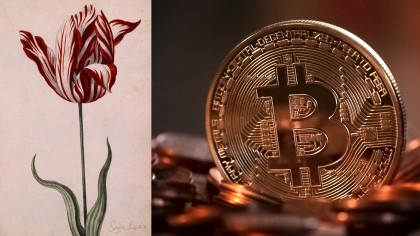 One of the more interesting inventions to come out of Bitcoin is the blockchain or what is also known as distributed ledger technology. As defined by Blockgeeks, “a blockchain is a time-stamped series of immutable records of data that is managed by a cluster of computers not owned by any single entity. Each of these blocks of data (i.e. block) is secured and bound to each other using cryptographic principles (i.e. chain)”.

A blockchain network is not owned by a central authority and the ledger cannot be tampered with. Anyone and everyone can see the transactions on the digital ledger. Think of it as a public library of transactions. Blockchain technology does not stop at Bitcoin and can be used in multiple industries.

Bitcoins are mined, but it is not as easy as you think

The process of earning bitcoin in exchange for running the verification process to validate bitcoin transactions is called Bitcoin Mining. Compared to when Bitcoin first entered the market, it is not that easy to mine a single Bitcoin, due to the number of miners in the market. The mining process requires computing rigs that use very expensive hardware. In most cases, it is better for you to go to a Bitcoin exchange and purchase a Bitcoin, rather than mining. Even more so, the computing power needed to mine cryptos is not the best thing for the environment.

As mentioned in an article in Entrepreneur, Bitcoin mining consumes more electricity than 159 countries, including Ireland and most countries in Africa. If you are looking to start mining, we recommend looking at other methods of acquiring the crypto as recent data points to Bitcoin mining as being unprofitable.

Bitcoin is hotly debated by financial experts, CEOs, entrepreneurs, government officials, and leaders. Here are what some of them think about Bitcoin.

“I do believe Bitcoin is going to be digital gold. That means it’s the only one of the coins out there that gets to be a legal pyramid scheme. Just like gold is. ... We have a business that we think can break even next year, if not make money. We’re not nervous; we’re frustrated that our investors have lost money. We’ve got plenty of cash to run the business for a long time.” - Mike Novogratz - Chairman, CEO and founder, Galaxy Digital Holdings, a cryptocurrency merchant bank; and former macro manager, Fortress Investment Group

“We need better cross-border payments ... because it’s good for development, it’s good for financial inclusion. “So Bitcoin can help us, it can pay us a service by forcing us to upgrade our systems. That’s a positive lesson.” The international community still needs to understand and “control these gateways between the shadow-currency universe and the regular financial system.” - Benoit Coeure - European Central Bank Executive Board member

“When bitcoin currency is converted from currency into cash, that interface has to remain under some regulatory safeguards. I think the fact that within the bitcoin universe an algorithm replaces the functions of [the government] … is actually pretty cool.” - Al Gore - American politician and environmentalist.

“We have seen historical instances where such a rush into certain investments has benefited our economy and those investors who backed the right ventures,” he said in testimony before the Senate banking committee. “But when our laws are not followed, the risks to all investors are high and numerous –- including risks caused by or related to poor, incorrect or non-existent disclosure, volatility, manipulation, fraud, and theft.” - Jay Clayton - U.S. Securities and Exchange Commission Chairman

“The main feature of cryptocurrencies is their anonymity. I don't think this is a good thing. The Government's ability to find money laundering and tax evasion and terrorist funding is a good thing. Right now cryptocurrencies are used for buying fentanyl and other drugs so it is a rare technology that has caused deaths in a fairly direct way.” - Bill Gates, Microsoft Co-Founder

“Bitcoin is an interesting idea, but I think their mechanism for regulating the currency supply is fundamentally flawed. Because the Bitcoin supply doesn't increase in proportion to the growth or use of Bitcoins, there is a deflationary effect, creating an incentive for people to hoard Bitcoins rather than spend them. Gresham's Law in economics suggests that for a complementary currency to be successful, it needs to have an inflationary effect that exceeds inflation in the national currency.” - Robert Lons, Co-founder of BitcoinWebHosting.net

“Blockchain technology could change our world more than people imagine. Bitcoin, however, could be a bubble.” - Jack Ma, Alibaba Group Holding Founder and Chairman

“Communication volumes associated with processing transactions “could bring the internet to a halt ... The quest for decentralized trust has quickly become an environmental disaster” because of the electricity requirements, and “a cryptocurrency can simply stop functioning, resulting in a complete loss of value.” - Bank for International Settlements.

At the moment, 1 Bitcoin is approximately $6,000 falling dozens of percentage points in the wake of a very hectic past couple of weeks due to the coronavirus and turbulent markets. Bitcoin is still very young, making it a polarizing topic for inventors and for everyday people. Even more, so countless hacks and illicit activity surrounding Bitcoin has called the crypto into question. Nevertheless, the general ideas behind Bitcoin make it revolutionary with some of its alternatives improving on its formula. For the average investor or curious speculator, the chance of missing out on “getting rich” off the next Bitcoin run is unbearable.

What do you think? Will Bitcoin have a long future? Or, will a better alternative take over in the coming years? Leave your answers below in the comments.

Fact Check: What Does Science Have to Say About Ghosts?