Bitcoin Falls Below $8000 for the First Time Since November

Bitcoin has fallen below $8000 for the first time since November 24. Regulation threats may have caused panicked sales.

Bitcoin, the biggest cryptocurrency has fallen below $8000 in value for the first time since November last year. It was trading at $20,000 in December. The massive fall in value means the poster child of crypto-currencies has lost 46 percent of its value in the last month. But with most investments, a broader outlook needs to be applied to understand the coin's true value.

Despite Bitcoin's recent plunge, the coin is still way above the value it was originally released at in 2009. Even just examining the last 12 months of performance, Bitcoin is up 2520 percent. While the coin is not at the dizzying heights it reached last December; Bitcoin is still a valuable asset to those that bought the coin in the sub 100 days. Whether the price of the coin continues to drop will depend on a number of things.

Bitcoins bad start to the year is being credited to several factors including rumors of price fixing and an uncertain future in many major countries. Cryptocurrency remains largely an unregulated space across the globe, but major players like China, South Korea, and India have threatened to heavily regulate the coin.

The recent tumble in prices is being linked to comments from India’s finance minister Arun Jaitley comments in parliament on February 1st. In his annual budget speech, Jaitley stated: “The government does not recognize cryptocurrency as legal tender or coin and will take all measures to eliminate the use of these crypto assets in financing illegitimate activities or as part of the payments system.” He went on to say the Indian government would put money and resources into blockchain research. 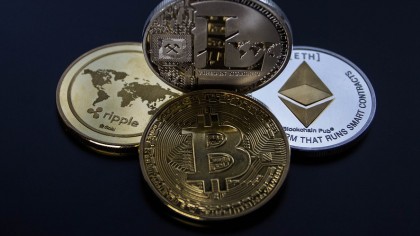 South Korea's government held traders to ransom earlier in the year when they made several comments relating to their plan to increase cryptocurrency regulation. South Korean Finance minister Kim Dong-yeon told local radio: "There are no disagreements over regulating speculation". He went on to say that shutting down digital currency exchanges is "a live option but government ministries need to very seriously review it.” The government promised to make a decision relating to the regulation last month but are yet to announce their latest findings.

The government's threats sparked a public outcry in South Korea who has been one of the leading countries to embrace the emerging financial market. More than 210,000 people signed an online petition asking the government not to ban trading in digital currencies. "We the citizens were able to have a happy dream that we had never had in South Korea thanks to cryptocurrency," the petition reads. "You may think you are protecting the public but we citizens think that the government is stealing our dream.

Experts in the financial industry are still divided over the role cryptocurrencies will play in the future of investing. Warren Buffet has warned traders against investing in digital currencies saying will come to "bad ending ” while other Wall Street experts say the coin could rise as high as $50,000 by the end of the year.