Bitcoin Has Started the Year with a Fall, for the First Time Since 2015

Bitcoin has had a slow start to the year. It's the first time since 2015 that the cryptocurrency has started the year with a drop in value.

Bitcoin has started the year with another drop in its price. It’s the first time since 2015 that the cryptocurrency has started a calendar year with a fall in value. The virtual coin traded at $13,624.56 in the U.S. on Monday, down 4.8 percent from Friday. This is a fall from the final day of trading of 2017 when the price was at $14,156. The disheartening start to the year is in direct contrast to the January of 2017 when the cryptocurrency began its year of huge gains. On the first day of trading in January bitcoin rose 3.6 percent holding a value of approximately $998. During 2017 it rose up more than 1,300 percent. The rapid growth in bitcoin created a huge amount of wealth for early investors in the untested cryptocurrency.  Despite one of bitcoin's original goals to be an alternative currency that could be used to buy goods and services, there are still only limited options to trade coins for products. However, in an effort to cash in on newly minted bitcoin millionaires businesses have been scrambling to add bitcoin payment options. These include a service that lets you buy Lamborghinis with bitcoin called Moonlambos. If your tastes are a little more modest, online retailer Newegg Inc. lets you checkout with your bitcoin account.

During bitcoin's growth over the last twelve months, financial experts and organizations have been split by the issue. On one hand, a bitcoin futures market was established late last year that many people claimed was going to bring bitcoin to the mainstream. Other experts warned would-be investors that the bitcoin crash is imminent and will leave investors feeling the burn. David Stockman, President Ronald Reagan's former director of the Office of Management is among those warning of the dangers of the unregulated system. "It's basically a class of really stupid speculators who have convinced themselves that trees grow to the sky," he told CNBC's "Futures Now" last week. "It will burn out in a spectacular crash. All of these latter-day speculators will have their hands burned to a crisp, and they will learn the proper lesson." Stockman went on to point the finger at the Federal Reserve and central banks for creating hype about bitcoin and has warned the industry not to shift the focus onto regulation. "What we really need to do is not think these are regulator problems, but understand they're monetary problems," he said. "It's an irrational, overheated market like never before."

While 2017 was dominated by bitcoin, this year could see the continued growth of other forms of cryptocurrency or ‘altcoins’ such as Ripple and Litecoin. 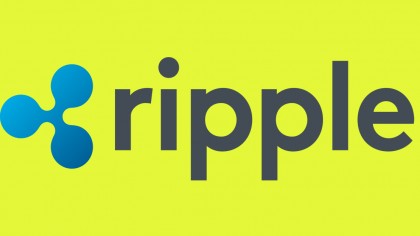 This Popular Cryptocurrency is Holding Its Value While Bitcoin Falls Towards $12,000

These smaller currencies have also enjoyed rapid growth in the last months and may continue to do so into the new year. What is important to note that not all cryptocurrencies were created with the same technology or for the same application. Investors in any cryptocurrency should have a firm understanding of what the application proposition of their chosen coin is before laying down money. While all cryptocurrencies are unstable, understanding the way they work and their intended use is crucial.