Moonlambos has teamed up with car dealers to offer Lambourghinis for sale in exchange for cryptocurrency.

As the value of bitcoin explodes, so too does the number of bitcoin millionaires, those lucky souls that bought the cryptocurrency tokens early for less than $200 USD a piece. The current value of a bitcoin is about $15,000 USD a piece. But while these lucky few have plenty of bitcoins, they don’t have many ways to cash it in, despite the fact that one of the bitcoins founding aims was to be able to function as a regular currency that you could use to purchase products or services. That dream hasn’t eventuated at the scale previously imagined. But never fear: if you are loaded in bitcoin and eager to spend your new found wealth, look no further than Moonlambos.

The entrepreneurial service has collaborated with car dealers in the U.S and Europe to sell Lamborghinis for Bitcoin and Ethereum. Holders of bitcoin will only have to pay about 9.72 Bitcoins (or $150,000) for a Lamborghini Gallardo LP 570-4 Superleggera Coupe. A quick google search of that model will show you that a 2013 model is likely to set you back about 240,000 USD if you have ‘traditional currency’. 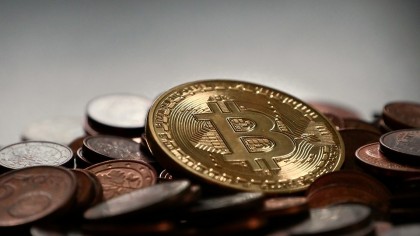 The Moonlambos cofounder Ivan Soto-Wright is keen to expand the service into other options for his wealthy customers. “I know a lot of traders who got in early, and a lot of them are really concerned about how to liquidate that,” he said. “We want to facilitate a solution to a key problem, which is how do you spend it?” Moon Lambos is a small project of its mother enterprise HODL. The company simply describes themselves on their website saying: “HODL builds, stakes and invests in groundbreaking cryptocurrency and blockchain ventures.” It is essentially a Venture Capital fund that also plans to launch its own Altcoin currency. HODL are reportedly also developing a new virtual currency wallet called Apollo. Moon Lambos aren’t the only way to cash in your bitcoin.

Cash bitcoin in for a luxury Dubai apartment

If you fancy a relocation to Dubai, power-couple Michelle Mone and her partner Doug Barrowman have launched a property development in the desert city that offers luxury apartments for sale solely in cryptocurrency. The development is again pitched at the lucky investors who profited from the rapid rise in cryptocurrency. Barrowman told media, “Traders have made a lot of money out of crypto over the last few years, whether in bitcoin or Ethereum or other digital currencies. We see the buyers of these apartments being people that want to redeploy funds from the cryptoworld into conventional world, and there's nowhere safer than bricks-and-mortar to do that." A two bedroom luxury apartment located in the Dubai Science park will set you back between 18 and 20 bitcoins. If an investor had spent just $4000 on their initial bitcoin investment, they could now be the proud owner of this wild piece of real estate. The company's website claims sales are going well and offer an additional 5% discount to all bitcoin holders who pay for their new pad 100% up front. But the big question remains, how could one choose between an apartment in Dubai or two Lamborghinis?