Bitcoin has steadily gained value over the last week to bring confidence back to the market.

Bitcoin and other cryptocurrencies have experienced a price surge in the last two weeks bolstering the market and dispelling fears the market is just a speculative bubble. Bitcoin’s value has grown steadily the past week with a steep jump on Thursday up 11 percent to $7,705, the cryptocurrency is now sitting at $8088.37 according to information from CoinBase.

Other cryptocurrencies also enjoyed a rise this week, Ethereum .MVETH  and Ripple .MVXRP also rose sharply, gaining more than 10 percent, while little-known coin EOS, rose more than 30 percent. Concerns about regulation and security caused the market to crash early in the year from its record $20,000 in December 2017.

The recent relative stabilization of the market may be a sign of market maturity. While analysts say there are no obvious signs why the market is slowly gaining back value and leveling out, one source close to the market suggested that prominent billionaire George Soros' decision to start trading cryptocurrencies may have had some impact.

While the price of bitcoin and other cryptocurrencies is steadily rising again, it has had a mixed week in the news. There were interesting reports from Australia where a local tech firm, IOT Group has partnered with energy company Hunter Energy to recommission a previously closed coal-fired power plant in an effort to reduce costs associated with running blockchain. 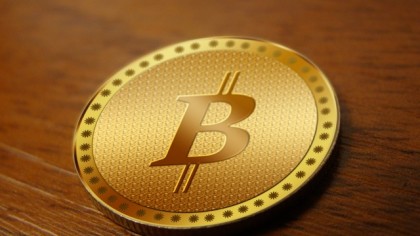 Mining for cryptocurrencies and using blockchain technologies can require huge amounts of energy. The push from tech companies to ‘go behind the grid’ is increasingly common according to IOT.

The company will be able to purchase energy at wholesale prices that will make their cryptocurrency operations more sustainable. The use of a coal-powered plant will bring some critics who argue that cryptocurrency mining and other blockchain activities already consume too much power causing potentially huge environmental problems.

Chinese authorities have attempted to shut down some cryptocurrency mining operations due to environmental impact concerns. As crypto-mining operations increase, miners are looking for cheaper power supply options.

In the U.S. and Canada, this has caused clusters of mining operations to spring up in Washington State and Quebec where hydroelectric power is cheap. However, this increase in energy use has not gone unnoticed by authorities who are concerned about the long-term impacts.

Mason County in Washington State has placed a moratorium on new crypto mining operations in the region. The County’s Public Utility District (PUD) commissioners decided to freeze the applications of any new cryptocurrency mining operations while they consider the impact of the industry on local energy conditions. Applications already approved are not subject to the decisions.

Similar decisions have been made by other counties and the turned may continue causing operations to look further afield for cheaper energy supply options.