Bitcoin has beaten another record on the same day cryptocurrency site NiceHash confirms it was the victim of a major security breach.

Bitcoin continues to grow, smashing the $15,000 barrier for the first time. The cryptocurrency has exploded this year rising from sub $1,000 value in January.

The rapid price rise may be thanks to Chicago-based Cboe Global Markets plan to launch bitcoin futures on Sunday. The world's largest futures exchange, CME, will follow with its futures product next week. While many experts still contend that bitcoin is a bubble on the edge of bursting, others say the cryptocurrency will only continue to grow as it and other cryptocurrencies gain more acceptance. With the creation of the futures exchanges just another example of this happening. Bitcoin is also beginning to be accepted by more and more retailers allowing you to pay for anything from a haircut to electronics via your bitcoin wallet.

While the steady climb of bitcoin is making some people millionaires, the volatility of the currency is still a major problem for many economists. CEO of JPMorgan Chase, Jamie Dimon famously called the cryptocurrency a "fraud” and former Fortress hedge fund manager Michael Novogratz has predicted that bitcoin is "going to be the biggest bubble of our lifetimes." In the same breath, the investor also claimed he thinks bitcoin could reach $40,000 by the end of next year.

NiceHash has millions of bitcoin stolen in hack

While bitcoin looks unstoppable it was dealt an unpleasant blow overnight when Slovenian bitcoin mine NiceHash suffered a security breach that may result in the theft of tens of millions of dollars worth of bitcoin. Users of the site predict NiceHash had about 4,736.42 bitcoins — equivalent to over $66m in its bitcoin wallet at the time of the breach. NiceHash is one of many companies around the world that lets people offer computing capacity for bitcoin miners to mine digital currencies.

Here is our official PRESS RELEASE about the security breach!https://t.co/yhfdjXkJwc 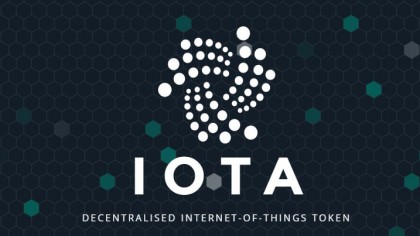 The company released a statement about the hack stating: "We are working to verify the precise number of BTC (bitcoin) taken. Clearly, this is a matter of deep concern and we are working hard to rectify the matter in the coming days. In addition to undertaking our own investigation, the incident has been reported to the relevant authorities and law enforcement and we are co-operating with them as a matter of urgency."

NiceHash has currently frozen its operation as it continues to investigate and has strongly recommended its users updating their passwords in the meantime as an extra precaution.  "While the full scope of what happened is not yet known, we recommend, as a precaution, that you change your online passwords. We are truly sorry for any inconvenience that this may have caused and are committing every resource towards solving this issue as soon as possible." the company wrote in their statement.