Bitcoin took a steep drop, and some analysts expect that the value could continue to fall.

Bitcoin just had its biggest drop ever this week after dropping nearly 30 percent in value.

The cryptocurrency's loss of traction on Friday comes just days after it hit its highest peak to date. The swings gave thousands of novice investors and miners alike a significant fright, as more investors flocked to the trade as the value seemed to never stop rising. 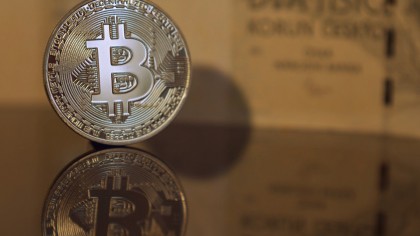 "Cryptocurrency is the wild west of monetary systems and people who have recently become enamored with the gambling aspect of cryptocurrency are learning their first lesson, which is they are volatile and risky," said Ross Gerber, the chief executive of Gerber Kawasaki, a wealth and investment management firm in Santa Monica in an interview with the Washington Post.

The steep drop in value sent Coinbase, one of the world's biggest bitcoin marketplaces, into a crash of its own. The site was down for more than two hours and unable to handle any online trading during that time.

"Buys and sells have been re-enabled. We are monitoring for stability," Coinbase said on its status website as of 1:44 p.m., ET.

Bitcoin's 'bubble' is getting precariously close to popping, according to some financial analysts. Michael Novogratz is a former macro trader with Goldman Sachs Group Inc. and Fortress Investment Group LLC. In an interview with Fortune, Notogratz said he's holding off on creating a cryptocurrency hedge fund and estimated that bitcoin's plunge is far from over. In fact, Novogratz predicted it could get as dangerously low as $8,000. For some perspective, the last time Bitcoin was traded below $10,000 was on December 1.

"The sharks are beginning to circle here, and the futures markets may give them a venue to strike,” said Ross Norman, chief executive officer of London-based bullion dealer Sharps Pixley Ltd., which offers gold in exchange for bitcoin. “Bitcoin’s been heavily driven by retail investors, but there’ll be some aggressive funds looking for the right opportunity to hammer this thing lower."

Analysts are still trying to figure out what happened that sparked the nosedive on Friday. It seems to confirm the very public skepticism of major investment leaders. Early on in the bitcoin 'craze,' JPMorgan Chase CEO Jamie Dimon called Bitcoin a "fraud."

It is also quite possible that even the best analysts, researchers and investors don't understand why the cryptocurrency dropped and won't until it's either stabilized or the bubble has popped and the craze has died down.

"Society is trying to understand Bitcoin, and it can be influenced very rapidly by rumors, by coverage in the media, both positive and negative," said Christian Catalini, a professor and founder of MIT’s Cryptoeconomics Lab. Catalini told the Washington Post that price corrections aren't uncommon. Additionally, cryptocurrencies aren't a large market; thus, when one player is affected, all players are affected.

"It’s not a very liquid market, so small events can cascade into big ones," he said.

Writer's Note: At the time of this writing, Bitcoin ended with a value of $14,241 according to Coinmarketcap.