The Trocadero Fixie is a bike that looks mind boggling to ride, and it twists in the middle allowing for some incredibly tight turns. The bike isn't for sale yet, and it would appear that it was created by a couple of brothers in France who started tinkering around with bikes in their free time. They actually claim that this bike is "anti-theft" because there is such a steep learning curve to riding it, no one would ever be able to steal it! Check out the video of the two creators riding the bikes around, and they get some pretty confused stares from onlookers.

This bike isn't as hard to control as you might think apparently, but it takes about a day or two for your body to adjust to the crazy riding style that accompanies it. In order to fully utilize the ability to make incredibly tight turns, you will need to master controlling the bike first, according to Gizmodo.

A few problems arise with this design when you start to ponder the situations bicycle riders often find themselves in. If a wheel were to lose traction, it might fly out to the side unexpectedly causing the rider to crash. Also, if you rode this bike on a ledge, and accidentally slid your tire out too far, you can kiss the ground goodbye, or maybe hello. 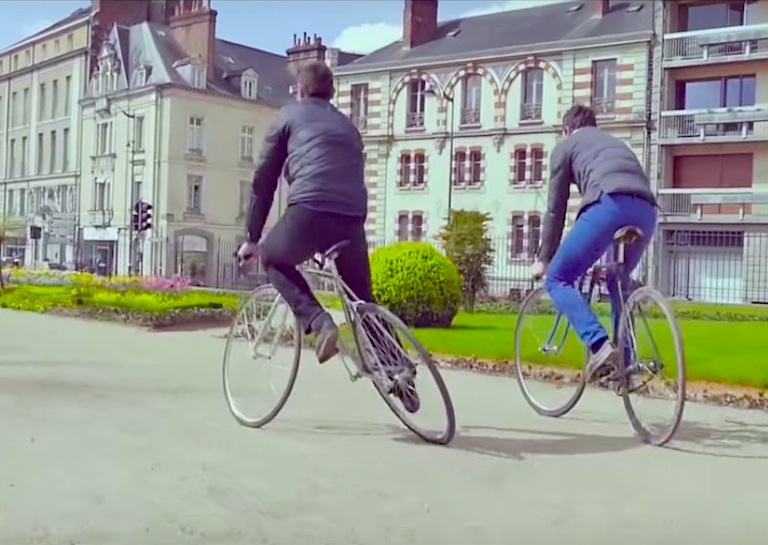 There have only been 30 of these bikes made so far, but the may become a novelty in the bicycling industry. What do you think about having a bicycle that rotates in the middle? Is it a great, fun idea or just another crazy deathtrap?