Black Friday and Cyber Monday Deals for the Tech-Savvy Buyer

It's that time of year when people stuff themselves silly with food and then flock to stores to save money on holiday gifts. So whether it's fighting through crowds on Black Friday or staring at a computer screen on Cyber Monday, we've rounded up the best deals for the tech-savvy and engineering-minded:

This bundle comes with the phone, a $250 gift card, VR headset and $50 Oculus Content Pack with activation of the phone. You can get the whole deal at Target.

You'll save $400 with this Best Buy doorbuster special. It also comes with Signature Type Cover. The sleek Surface Pro underwent a major redesign, making it the hottest product among PC fans. 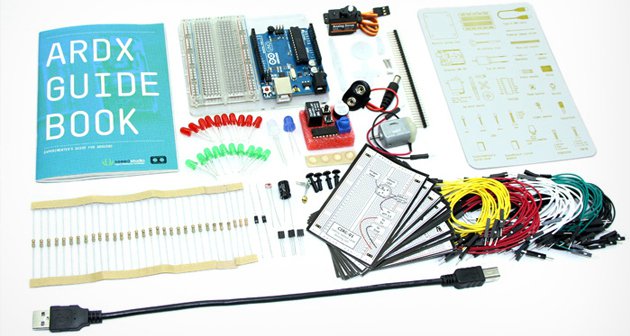 Want to learn how to build circuits? This kit comes complete with wiring, literature, and even a robotics primer.

He was too perfect to pass up. You'll save 60 percent off the coolest speaker in the galaxy.

Another Target doorbuster, this Apple Watch deal is the best one we've found. It's $22 less than Best Buy's offerings. However, there are no Series 2 deals to be found this Black Friday.

Leave it to ThinkGeek for having everything we could possibly want but don't really need. It's even worse when items like this Starcraft charger is 50 percent off!

WalMart rolled out this gaming bundle, and it's one of the best we've found. It even comes with a $30 gift card that you'll probably end up spending on another game.

Save 60 percent on this Back to the Future-inspired car charger. Where you're going, you don't need roads (but you'll definitely still need a phone charger).

There's nothing that screams "Black Friday Obsessed" more than buying the latest, high-def television. WalMart again brings on some of the best deals in general, but this one (of their two Samsung 4K screen deals) is definitely our favorite.

Even scientists like a good stocking stuffer. This magnetic putty reminds us of Flubber, and users can make it move to their heart's content.

Good luck shopping around either in-person for Black Friday or scoping out deals on Cyber Monday!