Black Holes May Just be Giant Illusions According to New Research

This theory makes a little more sense when you dive into some of the issues that have arisen in the past explaining Einstein's theory of gravity inside the constraints of a black hole in regards to quantum physics. Another issue that arises in current theories is that things do, in fact, leave a black hole when something new is sucked in. However, these quantum particles that leave are nowhere near anything like what entered. This is a problem if you keep in line with the theory that information cannot be destroyed, like energy. The things that leave don't relate to any information that goes in, so where exactly is that information being transferred?

According to Science Alert, black holes become naturally occurring holograms when subjected to our laws of observation from 3 dimensions. Using Loop Quantum Gravity theory, Daniele Pranzetti from the Max Planck Institute for Theoretical Physics in Germany, was able to determine calculations that align with the other known laws of physics while also explaining the information paradox surrounding black holes. 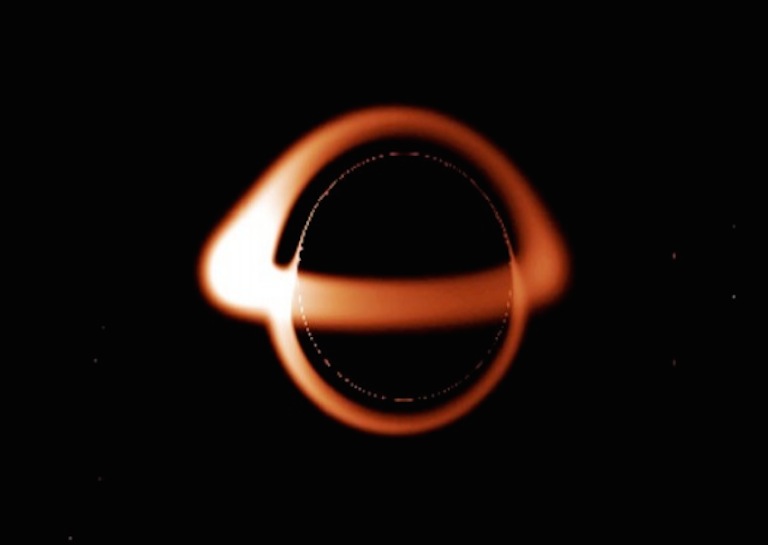 This new theory essentially states that everything that makes up a black hole can be explained by only existing in 2-dimensions. This means that black holes appear distorted when we look on them from a 3-dimensional world. If you know anything about observing objects in other dimensions from our dimension, it can get a little tricky. The team links a black hole's entropy to its surface area, rather than its volume like had previously been thought, according to Tech Insider.

There's still a lot that we don't know about these phenomena, but this new research looks like it will hold up and concretely explain the physical anomalies that present themselves when observing quantum interaction with black holes.