Chinese manufacturer TCL and BlackBerry teamed up again and released the BlackBerry Motion. The best part is that the phone is really affordable, retailing at approximately $460 USD.

Were you like us and had forgotten the BlackBerry even existed? In the highly competitive world of smartphones, it’s easy to lose sight of previous stalwarts like BlackBerry as new brands and devices are constantly released. BlackBerry had previously dropped out of the smartphone dominance race in 2016 when they announced they would stop designing new devices and instead focus entirely on software. But this didn’t actually end the BlackBerry family as you might have expected.

The brand has a second kind of life in its partnership with Chinese Company TCL. Earlier this year the collaboration released a totally uninspiring device called the KeyOne, which stubbornly kept the famous BlackBerry keyboard. This gave the phone an almost retro feel but didn’t add much to its market share. Now the two companies have teamed up again and released the BlackBerry Motion.

Retweet if you want to learn more about #BBMotion pic.twitter.com/POALQ2VsBo

The keyboard finally gets the boot and the rest of the phone is actually pretty interesting. The Motion was released at the GITEX Technology Week in Dubai and boasts some modest but functional specs. It hosts a 5.5-inch display, a Snapdragon 625 SoC processor, 4GB of RAM, 32GB of internal storage and a massive 4000mAh battery. 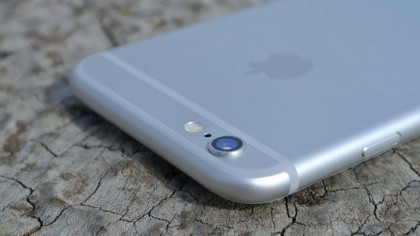 The best part is that the phone is really affordable, retailing at approximately $460 USD compared to the overhyped iPhone X that will set you back a clean $1000. The phone will first be released into markets in the Middle East and then may edge its way eventually into U.S. stores. The phone kicks off what TLC hopes to be the start of a long line of budget devices.

The first BlackBerry ever made

At the company’s peak in 2013, there were more than 85 million BlackBerry subscribers worldwide. This huge market share took a dramatic nosedive in the next few years as Android and iOS operating systems took a dominant position in the market. By 2016 BlackBerry only had 23 million subscribers.

The BlackBerry Messenger system (BBM) has played an unexpected role in two major global events. The messenger system that can move messages between any BlackBerry device has been accused of playing a significant role in both the London Riots and the Arab Spring in 2011.

BBM is a free messaging service that allows secure messages to be passed around from BlackBerry to BlackBerry. Users only need to share a pin before they can swap as many messages as they like. In London and Egypt, the BlackBerry handsets were a popular device as they were cheap to buy as part of pay as you go plans. During both incidents, there were calls for BlackBerry to temporarily shut its service.