Blast from the Past: Retrieving Your Data from Old Storage Media

Technological advances have rendered many storage media, like VHS tapes and CDs, obsolete. Retrieving your data from such media shouldn't be complicated, but requires attention, time, and knowing a few tricks. These are our tips for how to go about it.

They say that data is the new oil. But unlike oil, we don't burn, but rather aggregate —and store—data. Therein lies the problem with the most valuable resource of our time: it accumulates and it gets old.

Archiving old data in such a way that it remains accessible over the years is quite a challenge. In the last three decades alone, technology has advanced so quickly, that many of the storage media we used to use—like floppy disks, VHS tapes, CDs, and DVDs—have either been discontinued or are rarely used anymore.

To help you with your archiving efforts, below is a primer on how to digitize data saved on old media and/or in old formats.

Floppy disks, VHS tapes, cassette tapes, and hard drives are all examples of magnetic storage devices. These normally contain a recording medium that is coated in iron oxide. When exposed to a magnetic field, the oxide molecules become permanently magnetized.

RELATED: 9 INVENTIONS THAT YOU PROBABLY DIDN'T KNOW CAME FROM THE 1970S

Playing devices (like cassette players) contain small reading (and sometimes writing, depending on the device) heads that magnetize the storage medium. In this manner, they read (and/or write) the information stored on it, as a motor rotates the disc so that different sections of it can be accessed depending on what the user wants.

When it comes to archiving data stored on such media, they each pose different challenges. So let's take them one by one.

Introduced in 1963, cassette tapes were used for storing audio tracks. While poor sound quality was always their shortcoming, they quickly became popular because they were much more portable (remember the walkman?) than their predecessor: the vinyl record.

If you still own content that is stored on cassette tapes, you'll need to make an executive decision about what is worth saving. If it's your music you're looking to digitize, you are likely to find the same tracks in much better quality in one of the many online music libraries and stores, although you may have to pay for them again.

If you're looking to digitize personal audio recordings, consider investing in a cassette to digital converter. They cost as little as $20 apiece, are very self-explanatory to use, very compact, and connect to your computer via a USB cable.

You will also need a piece of software for the conversion, which normally comes with the converter itself. The program will walk you through the process of digitizing your cassette tapes.

The preferred home video storage medium of the 1980s and 1990s, the production of VHS tapes was finally discontinued in Japan, the country from which they originate, in 2016.

If you're looking to salvage your graduation or wedding video from this dying medium, you will need a functioning VCR player, a USB-to-composite video converter, a computer with a USB port, and a bunch of time.

You will first need to install the software that comes with the converter on your computer, then connect the two devices—the converter should have a USB port on one side and a set of composite (red, while, and yellow) cables on the other.

The software should run you through the steps, which normally consist of rewinding the VHS tape to the beginning (or to the point from which you would like to start recording), pressing play on the VCR, and record on the computer. Since the conversion takes place in real time, it will take as long as the video you're looking to convert.

If you're over 30, you probably remember the 3.5'', 1.44 MB floppy disks that felt like cutting-edge technology back in the day. Unlike the VHS and cassette tapes, the diskettes, as they were also called, had the advantage that most computers back then came with built-in floppy disk drives. Therefore, chances are that you've saved most of the files you needed from them somewhere else already.

If you haven't and are looking to do so now, know that you will need an external floppy disk drive (that is, unless you still own a functioning desktop that has a built-in drive). You can find fairly economical ones (around $30) online. Transferring your files is as easy as connecting the drive to your computer, installing it, inserting the floppy disk in it, and copy pasting the files onto your drive.

This is, however, a best-case scenario. The issue with floppy disks—and often with cassettes and VHS tapes too—is that the ratio of defective devices among them is much higher than what we're accustomed to nowadays. Between that and the fact that suboptimal storage conditions (e.g.: humid places) could have affected the medium, you may find that your files may not be readable anymore.

If that is the case and you really need those files, give data retrieval software like Recoverit a shot. They have a no data, no charge policy, so you'll get reimbursed if you can't recover your files with it.

Since most external hard drives come equipped with a USB cable, retrieving the data from them is self-explanatory. So we will not elaborate too much on this medium.

That said, a word of advice regarding hard drives: they may begin to show glitches after four or five years, depending on the make, the type of drive (e.g.: is it an SSD or an HDD), and other characteristics.

If you've relied on the same hard drive as the sole back up for your computer for many years, consider replacing it before it breaks.

As a rule of thumb, you want to back up your data in at least two places (say, on two drives or on one drive and in the cloud) and ideally diversify the formats in which you store it lest one of them fails or becomes obsolete.

If you're storing files in formats that are not mainstream, consider also archiving the installation package for the software that can open that file. While this is not a guarantee that you will be able to open your files decades from now because the program may not be compatible with the operating systems of the future, it is still a safer bet.

Your best bet is to regularly update and upgrade your data archives. Doing so requires more work, but it's worth it if you want to be able to access your data unhindered.

Optical storage devices require light to store data and to read them. CDs and DVDs, as well as Blu-Ray, a superior version of DVDs, are all examples of such devices.

CDs and DVDs were introduced a decade apart—the former in 1982, and the latter in 1995—and had markedly different purposes to start with.

CDs were initially meant to store music and to provide a higher sound quality compared to cassette tapes. Over time, their use cases have diversified to include storing software, images, and even videos; basically, anything that fit into 700 MB. Some CDs (CD-Rs) can only be read, while others (CD-RWs) can also be written and rewritten over.

Meanwhile, DVDs can hold up to 17.08 GB of data, which made them the go-to medium to store videos when they came out. Just like CDs, some DVDs were read-only (DVD-R), while others could be written on (DVD-RW).

Since the files stored on CDs and DVDs are already digitized, all you need to retrieve them in order to archive them is a driver that can read the storage media: a CD-ROM or a DVD-ROM. Most computers in the 1990s and 2000s used to come with built-in CD-ROMs or DVD-ROMs, but that is no longer the case.

Therefore, you'll need to purchase the driver(s) separately, which you can also find in online stores starting at around $30. Once you have the driver, all you have to do is connect it to your computer, install it and then play all the CDs and/or DVDs your heart desires.

Bear in mind that DVD-ROMs can read CDs, but that CD-ROMs cannot read DVDs. Therefore, if you are looking to read both CDs and DVDs, consider investing in the former. Also, some CDs and DVDs are copy protected, meaning that you can't copy the data stored on them (legally) onto your drive.

This article has purposefully left out flash memory devices (like USB flash drives) because their use should be intuitive and they are a current storage media. That will likely change in the coming years, however, as technology continues to advance and the list of obsolete storage media will likely grow to include them.

Once your data is safely stored, make sure to discard of the storage media you no longer need sustainably. E-waste—otherwise known as waste electrical and electronic equipment (WEEE)—is a growing source of pollution, as it often contains lead, mercury, precious metals, rare-earth minerals, and other chemicals that can leach into the soil and groundwater and poison them.

So don't throw away your floppy disks, VHS tapes, and CDs into the mixed waste. Rather, head to your local recycling center, which collects electronics separately. 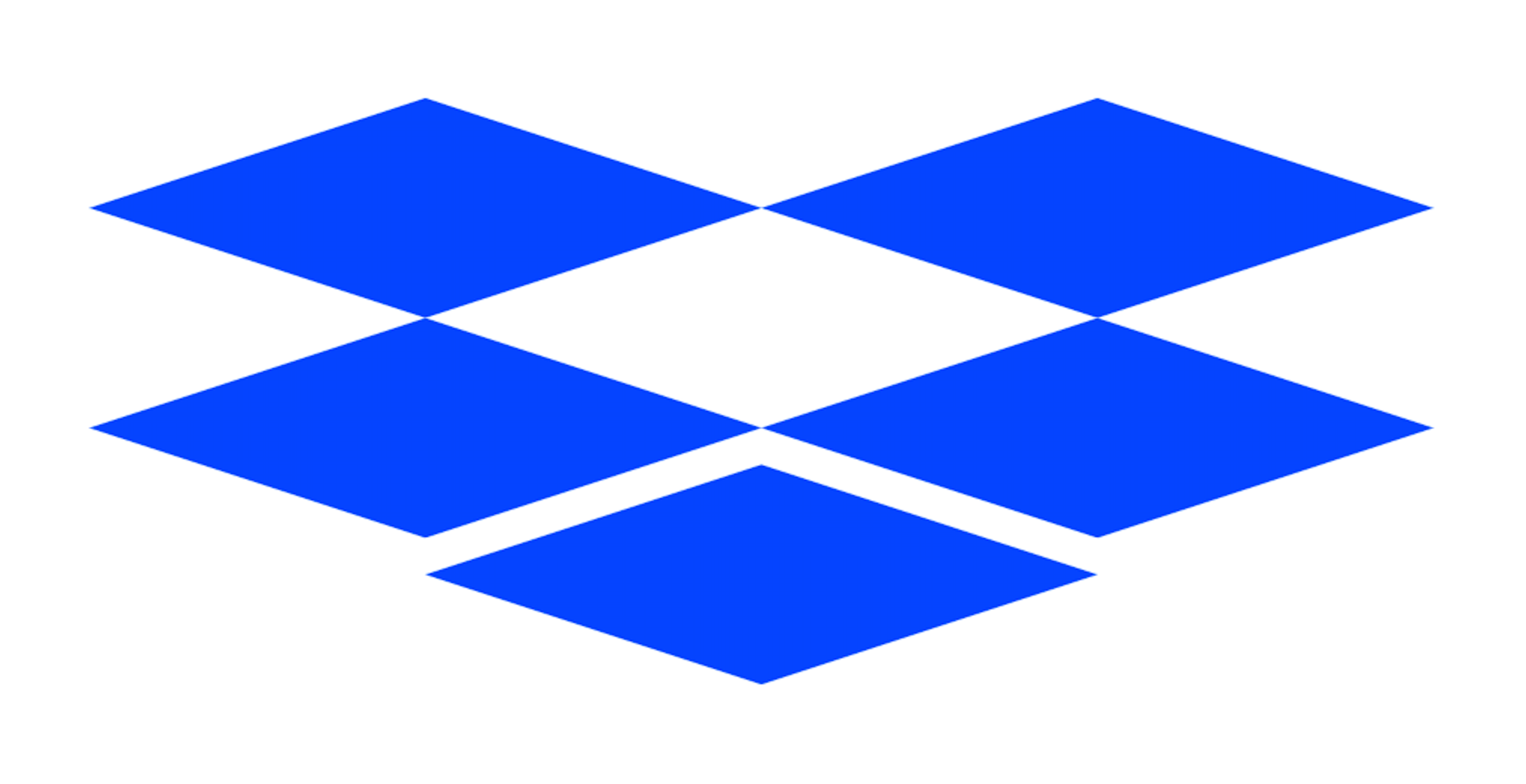 Data storage has come a long way since the dawn of the 20th Century. 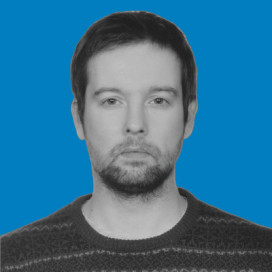 Watch the SSC Tuatara Hypercar Blast from 60-120 MPH in 2.5 Seconds

Bricks Can Be Used to See Radioactive Presence from the Past

Blast off! First Ever Rocket Launched from Scottish Island by Skyrora